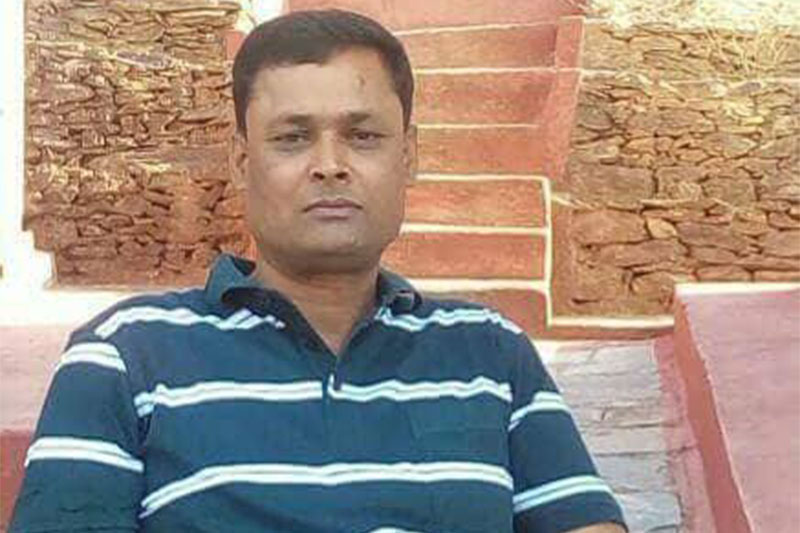 The unidentified masked man barged into Subedi’s house and attacked him by his belly with a sharp knife while he was staying in his house last night, said District Police Office. Subedi has been critically injured.

Subedi was surfing internet on his laptop in the room of the top floor of his house when the masked man came inside his room and attacked him indiscriminately.

The assailant fled the room by jumping off the balcony after the victim himself managed to snatch away the knife.

Critically injured Subedi, who was rescued and whisked away to the Tamakoshi Sahakari Hospital based in Manthali for treatment, has been referred to Dhulikhel hospital.

Doctors have performed a surgery on Subedi. According to doctors, his small intestine and liver have been damaged in the knife attack.

"His condition is out of danger even though he has not yet regained consciousness and is being treated on ventilator," his kin quoted doctors as saying.

DSP Amendra Bahadur Singh, chief of District Police Office, Ramechhap, said an unidentified gang stabbed Subedi with an intention of killing him and they have started investigating the case.

KATHMANDU, Sept 28: According to the Meteorological Forecasting Division, there is a possibility of light to moderate rainfall with thunder... Read More...

JHAPA, Sept 28: Police have arrested two youths from Birtamod Municipality of Jhapa in possession of a large quantity of... Read More...

TAPLEJUNG, Sept 28: Pushpa Limbu, 18, who was found dead on Friday, was killed in a premeditated manner, according to... Read More...

MCC compact agreement cannot be amended only for Nepal: FM Khadka
3 hours ago