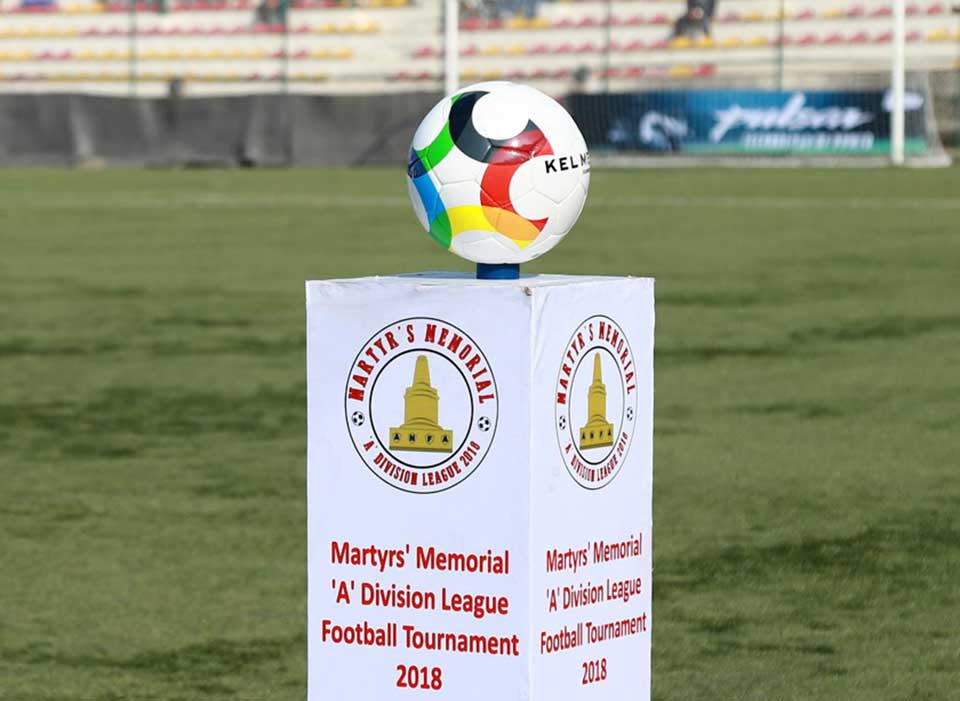 KATHMANDU, Dec 4: The sixth round of Martyr's Memorial A-Division League kicks off on Tuesday.

Manang Marsyangdi club remains undefeated till now and sits on the top in the league table with 15 points. Tribhuvan Army club and Three Star Club sits on the second and third position with 13 and  12 points respectively.

National players gameplay have not been impressive this season. 30 international players are in the teams except for APF and Nepal Police Club, All Nepal Football Association (ANFA) said. Manang Marsyangdi club signed players from India while Friends Club from Bangladesh.

In comparison to local players, foreign players have done impressive start in the league.

Anjan Bista and Afeez Olawale from Manang Marsyangdi and Ranjan Shrestha of Three Star club are the joint top scorer in the league. 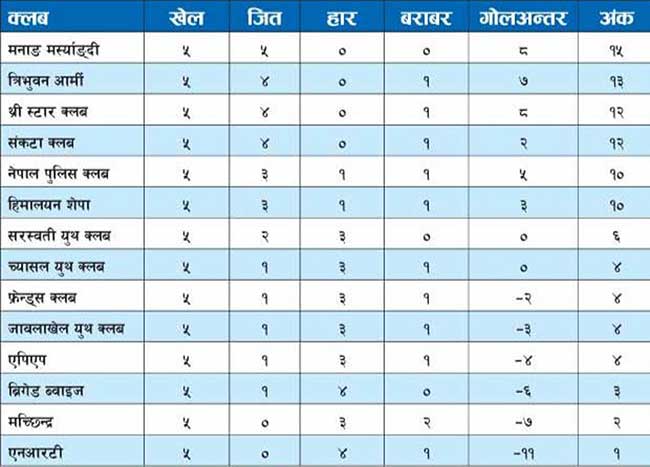 APF to remain under center within federal setup

KATHMANDU, Oct 8: The Armed Police Force (APF) will remain under the centre within the federal setup. ... Read More...

Nepal is not playing China card
20 hours ago

Residents of Nabhi, Gunji and Kuti used to pay land revenue to Nepal until 2035 BS
53 minutes ago

How can we revive the energy sector post-COVID-19?
1 hour ago