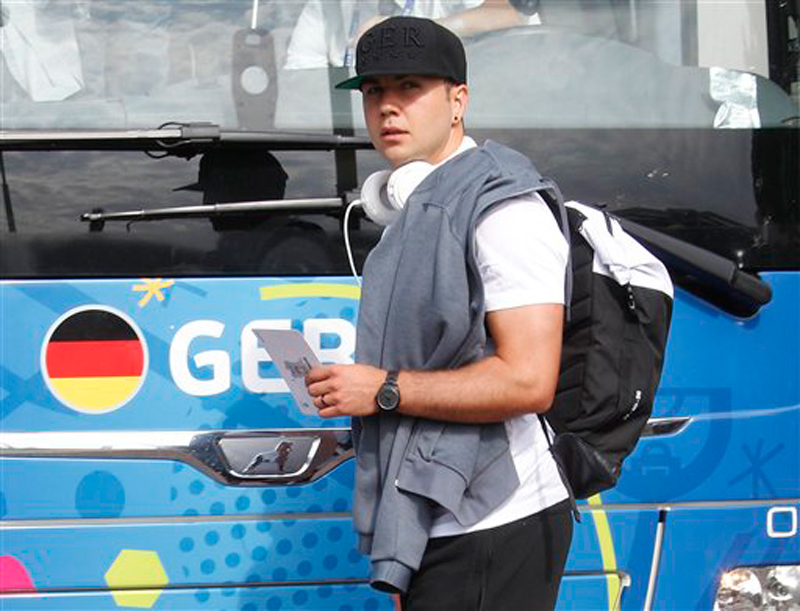 Goetze left Dortmund for Bayern in 2013 but never settled down and was mostly a bench player under previous coach Pep Guardiola. New Bayern coach Carlo Ancelotti had a talk with Goetze before assuming the post and reportedly did not try to keep the forward who scored the winning extra-time goal that gave Germany the World Cup title over Argentina at the 2014 World Cup in Brazil.

"It's a good solution for everyone involved," Bayern chairman Karl-Heinz Rummenigge said.

At the European Championship in France that ended earlier this month, Goetze did not play a major role.

Dortmund said Thursday that Goetze will sign a four-year contract once he's passed the medical examination and is expected to start training in early August.

Details of the deal were not released. But Dortmund is likely to have paid considerably less than the 37 million euros ($40.75 million) it got from Bayern for Goetze three years ago.

Goetze still had one season on his contract with Bayern.

His decision to leave his hometown club and move to Bayern met with heavy criticism from Dortmund fans at the time.

"Today, three years later and at 24, I look at that decision in a different light," Goetze said. "I can understand that many fans could not accept my decision. I wouldn't reach it today either."

Goetze said that he would try to win back fans through his performances.

Dortmund CEO Hans-Joachim Watzke said that he'd been hoping Goetze would return one day ever since 2013.

Dortmund is rebuilding after the departures of defender Mats Hummels and midfielders Ilkay Gundogan and Henrikh Mkhitaryan.

Goetze has scored 44 goals in 156 Bundesliga matches for Dortmund and Bayern. He has five Bundesliga titles with both clubs and three German Cup trophies.