UP polls and Nepal 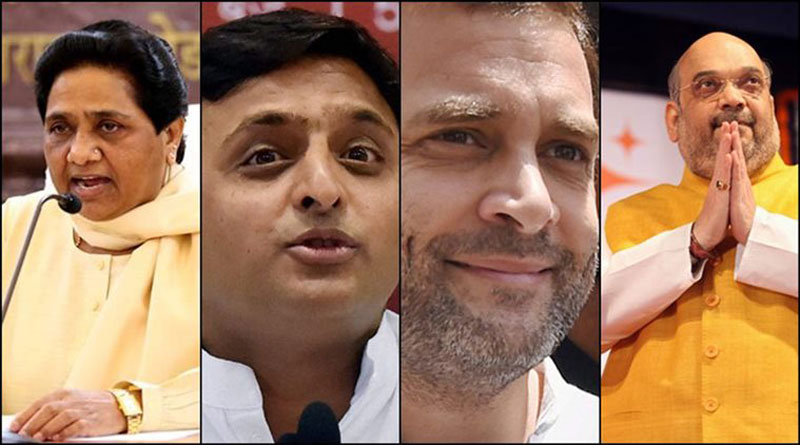 Among the Indian states, Nepal borders West Bengal, Sikkim, Bihar, Uttar Pradesh (UP) and Uttarakhand. Of them, UP and Bihar seem to have greater influence on India’s foreign policy towards Nepal. The 17th UP Legislative Assembly election kicked off on February 11, 2017 and the polls are to be conducted in seven phases, ending only on March 8. In 2012, Mulayam Singh Yadav’s Samajwadi Party had won a clear majority over Mayawati’s Bahujan Samaj Party and as a result Akhilesh Yadav, Mulayam’s son, was elected the 20th chief minister of UP.

However, on the eve of the 2017 election, Akhilesh sacked his father as party chief and forged an electoral alliance with Indian National Congress. Mayawati plans to come back to power through Dalit and Muslim votes, while the BJP is counting on the influence of Prime Minister Narendra Modi.

But do the poll results of India’s border states, particularly UP, matter to Nepal?

Does it matter to Nepal whether Akhilesh or Mayawati becomes the UP chief minister, to the extent that Mamata Banerjee of West Bengal matters to Bangladesh or Jayalalithaa of Tamil Nadu mattered to Sri Lanka?

Hence it is clear that they wouldn’t have been able to obstruct border points on their own without firm support of UP and Bihar. Indian border police and customs officials would also have to cooperate.

Such a propagation of ethnic values across geographical boundary not only intensified “Madheshi” v “Non-Madheshi” conflict in Nepal but also influenced India’s policy towards Nepal, and vice versa. India was allegedly blamed for plotting with Madhesh-based parties to undermine Nepal’s sovereignty. It took a long time for Nepal-India relations to then regain a semblance of normalcy.

Actually, India’s bordering states including UP have greatly benefitted from ‘unequal’ water-sharing treaties between Nepal and India. Koshi agreement, Gandak treaty and Mahakali treaty have offered more benefits to UP and Bihar than to Nepal. As Nepal has repeatedly failed to defend her ownership of shared rivers, India enjoys the privilege of constructing dams for the purpose of irrigating Indian lands. Monopoly over Nepal’s rivers and water resources is part of post-colonial India’s strategic interest. But the issue of sharing of water between India and Nepal is over-politicized and there has hence been little progress in several proposed multi-purpose water projects between the two countries.

UP often stresses the issue of flooding during deliberations on bilateral relations between India and Nepal. In August 2014, Chief Minister of the Indian State of UP, Akhilesh Yadav, stated that flooding in different parts of the state was the result of lack of coordination with the Nepali side. He even blamed Nepal for not providing prior information about the release of water from the barrages in Nepal. But, every year during the monsoon, large swathes of Nepali territories are inundated. The districts of Banke, Bardiya, Kanchanpur, Kapilvastu and Mahottari are highly vulnerable to floods during the rainy season because of the ongoing India-led road construction activities along the Nepal-India border.

Uttar Pradesh has given several prime ministers to India. It sends the most MPs to the Lok Sabha.

But it is also one of the least developed states in India. To some extent, Modi’s currency reforms has lessened the problem of counterfeiting of Indian currency in the state. But cross-border criminal activities are still rife along with poverty, caste-based violence and corruption that have together overshadowed the political clout of UP in Indian parliament.

Whatever the outcome of the UP polls, it shouldn’t much matter to Nepal. In most cases, Nepal deals directly with the central leadership in New Delhi, primarily through its diplomats. Dealings with state-level leaders are still rare. Second, in the past, there has been no palpable shift in India’s policy towards Nepal even with a government change in UP or Bihar. So Madheshi parties could yet be excited by the kind of support they expect from these Indian states.

PM suggested not signing any deal against nation's interest

KATHMANDU, Sept 11: Leaders of various political parties have suggested the Prime Minister not to sign any deal against national... Read More...