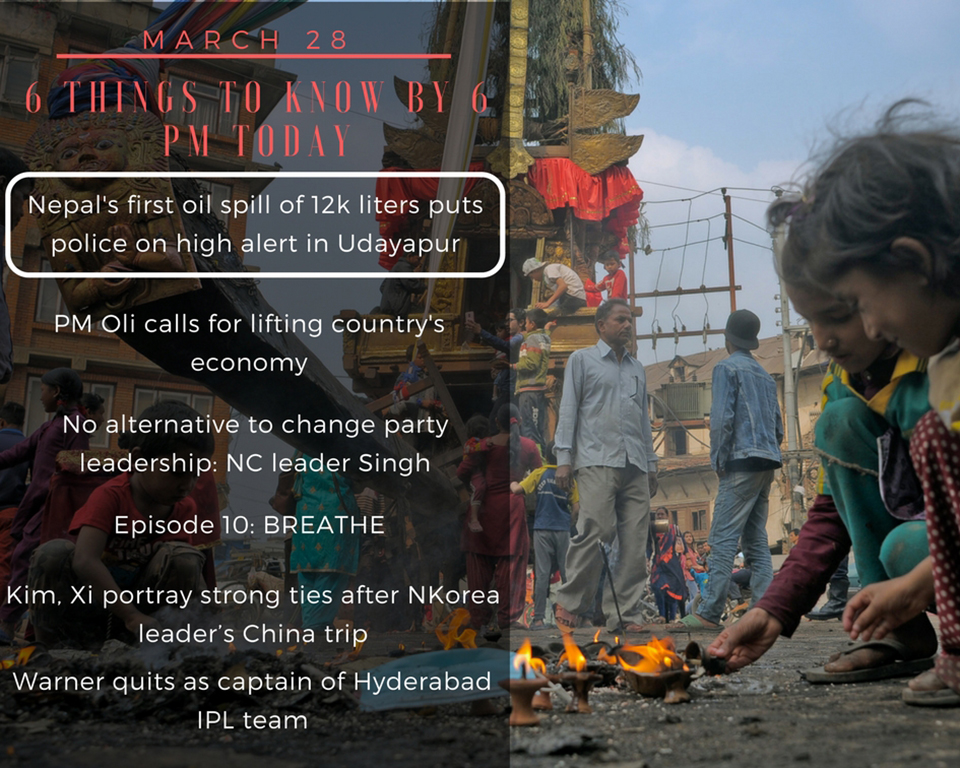 In Nepal’s first oil spill accident, the police of Udayapur at Ghurmi are on high alert of a possible fire. An oil tanker, Na 6 Kha 3231 carrying 12,000 liters of diesel met in an accident spilling all of its stored fuel in a gorge at Ghurmi.

Prime Minister KP Sharma Oli today stressed the need for boosting up country's economy through political stability and enforcement of the new constitution. "Now the country is suffering from current economic trouble.

Nepali Congress (NC) leader Prakashman Singh has ruled out the possibility of stronger NC if it continues to be run on an ad hoc basis. Speaking at a press meet organized by Nepal Press Union, Banke here today, he said, "dominance of self-centered leadership within the party has weakened its organizational structure."

myrepublica.com is documenting how air pollution in Kathmandu valley is affecting its residents. Entitled BREATHE, the one-minute video content broadcasts twice a week, Sunday and Wednesday.

With smiles and firm handshakes, North Korea and China used a surprise summit this week to show that despite recent tensions, Pyongyang still has a powerful backer and Beijing will not be sidelined in discussions about the fate of its unpredictable neighbor.

How sustainable is hydropower development in Nepal?
6 hours ago

An opportunity has come to punish those who dissolved parliament: Minister Chaudhary
48 minutes ago

People urged to take precautions against dengue, COVID-19 during festival
3 hours ago