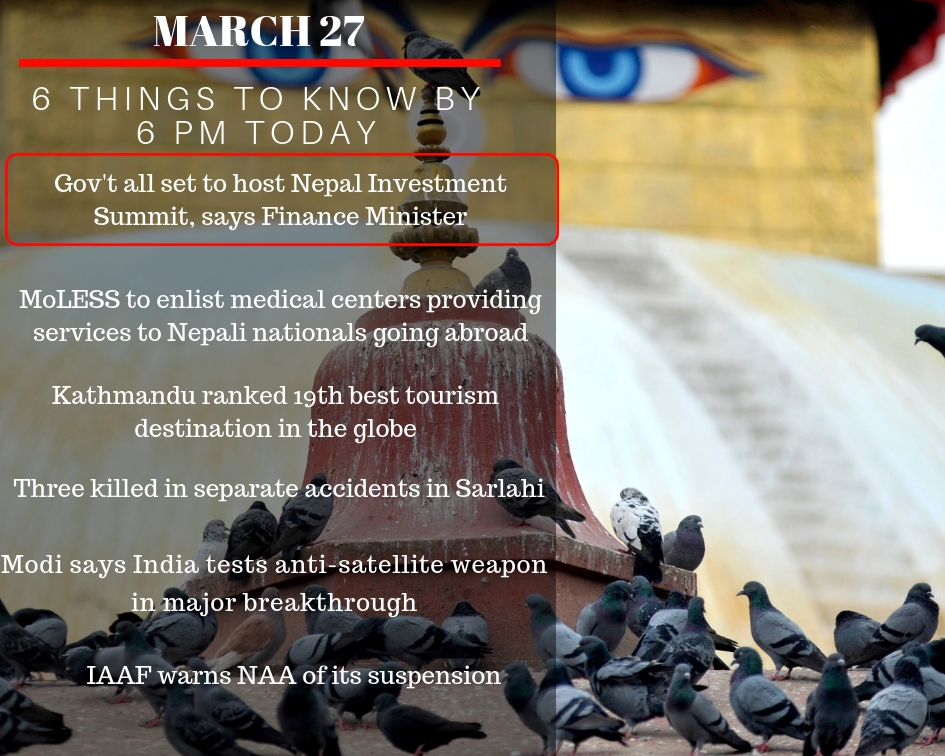 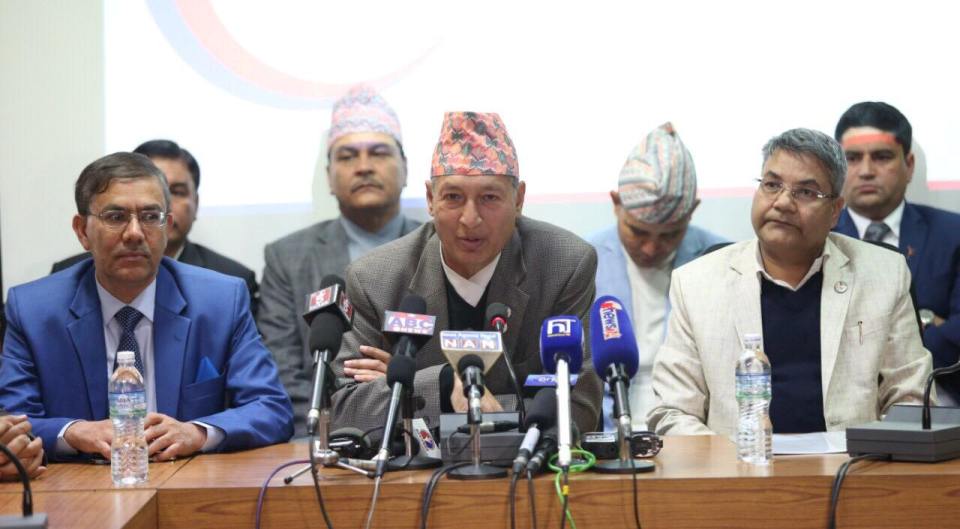 At a press conference at the Finance Ministry, Finance Minister Yubaraj Khatiwada said that all preparations have been completed to host the summit. Finance Minister Khatiwada hoped that the investment summit will be instrumental to steer the country towards the path of development. "The summit is our common effort to bring foreign investment. The government and private sector have joined hands to make it a success. We hope it will be helpful to showcase our development potentials," he said. 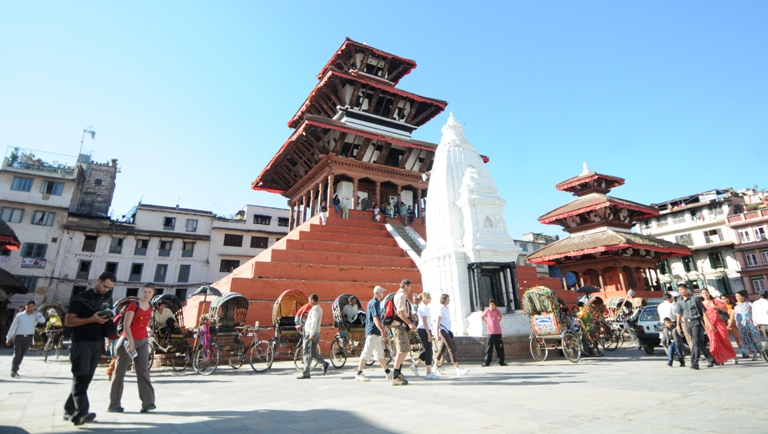 Three persons have lost their lives in separate accidents in Sarlahi district on Tuesday night. Shambhu Mahato,26, of Arnaha at Balara Municipality-5 was found lying dead below a tractor in the Mahalaxmi Sugar Industry of Bagadaha in Godaita Municipality-6. 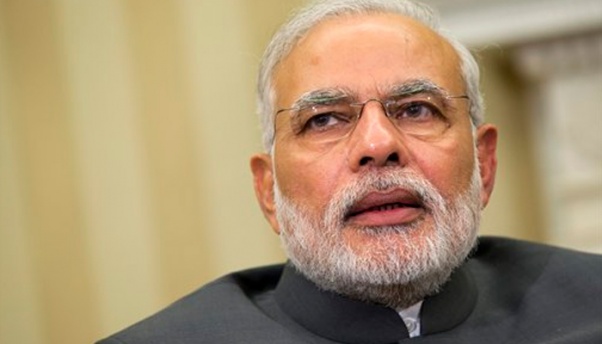 Prime Minister Narendra Modi said India had shot down a live satellite in space on Wednesday with an anti-satellite missile, hailing the test as a major breakthrough in its space program. Modi made the announcement in a television address to the nation. He said India would only be the fourth country to have used such an anti-satellite weapon after the United States, Russia and China.

IAAF warns NAA of its suspension 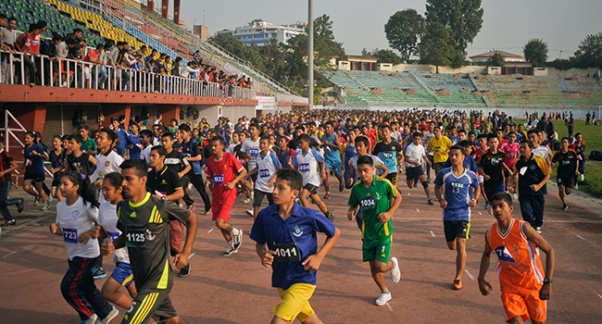 The International Association of Athletics Federations (IAAF) has warned the Nepal Athletics Association (NAA) of its suspension, citing NAA's violation of the IAAF statute by failing to hold its elections on time.