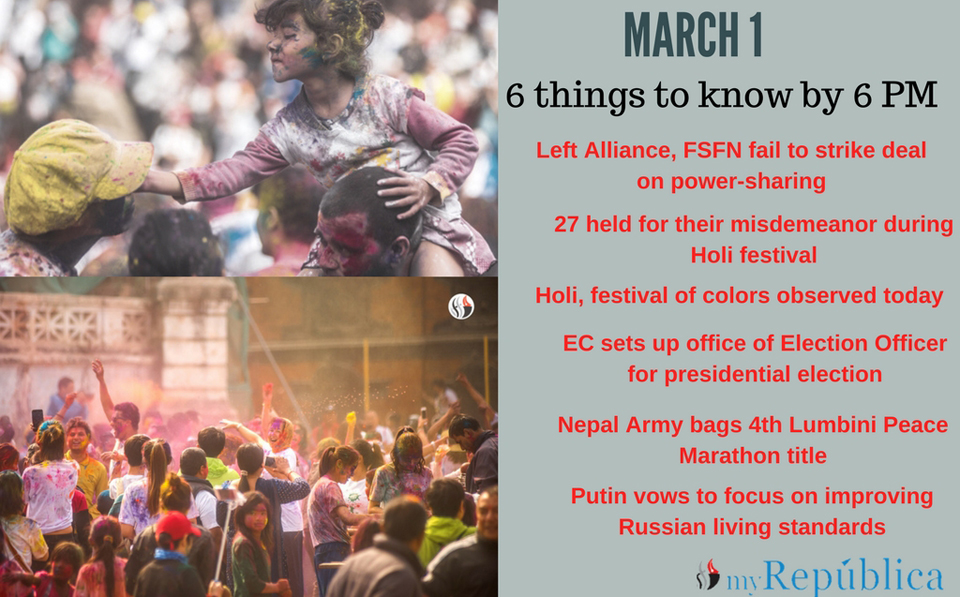 A meeting between  Left Alliance and the Federal Socialist Forum Nepal (FSFN) ended inconclusively after they could not strike a deal on power-sharing on matters related to joining the government.

EC sets up office of Election Officer for presidential election

Homlal Shrestha of Nepal Army has won the title of 4th Lumbini Peace Marathon organized in Lumbini, the birthplace of Lord Buddha on Thursday. Shrestha finished the marathon with the timing of 2 hrs 54 minutes and 53 seconds. Similarly, Nepal Army athletes Hari Prasad Rimal and Khagendra Bhatta stood in the second and third position with the timing of 2:57:24 and 3:03:40, respectively.