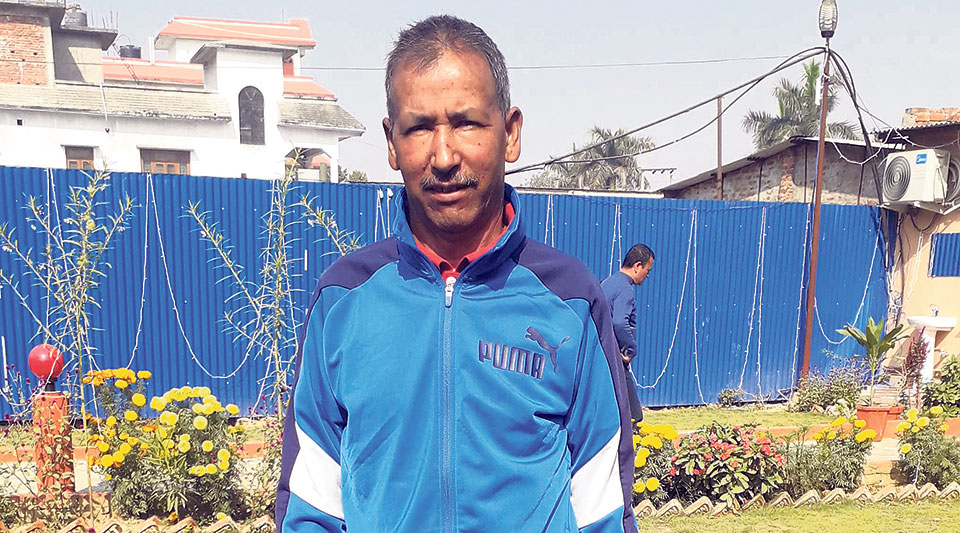 BANKE, Nov 25: Age has caught up with Hari Bahadur Rokaya, the fastest high-altitude marathoner who holds the Guinness World Records. He had thrice won the Everest Marathon, the world’s highest sport of its kind. This time, he was seen in the event in Nepalgunj of Banke not as a participant, but as an instructor.

He was with his student athletes Naresh Bhandari, Prakash Kathayat and Rejina Basnet of Jumla. The results published on Saturday showed that Naresh had won the school-level five kilometer race while Prakash and Rejina both had secured the fourth place.

Despite the seemingly good results of his students, which he said exceeded his expectations, the former athlete Rokaya did not seem to be at ease. He looked tired and exhausted, still recovering from a five-month old neurology-related illness.

His health was gradually improving and he joined the marathon event as soon as he felt better. But his preparation was not satisfactory due to insufficient training time when he came to Nepalgunj with his team.

“Seeing my players succeed makes me happy. Although I couldn’t give them sufficient time, I’m always thinking about how to teach them to value hard work. I’m happy,” said Rokaya, now 57.

He however says that his happiness on Saturday was just momentary. Rokaya said he would be truly happy only after seeing his dream fulfilled which will ultimately benefit the country’s sports development.

“I have always wanted to see a high-altitude training center and a stadium in Jumla. It is my dream to see athletes across the country visiting Jumla for training,” he said.

“The world’s best athletes train in high altitude and Jumla is a natural place for that.”

Rokaya is currently building an athletic culture in Jumla through Karnali Sports Club. And there has been some good news of late. Just recently, the government allocated Rs 2 million for the construction of a high-altitude training ground in Jumla.

The government’s move, though late, is still a welcoming one. Rokaya said this move by the government has shown him some rays of hope that his dream might be fulfilled.

Yet, there is another thought that has always worried him since 1992 when he set the world record. It is the thought about the future of the country’s athletes. How can Nepali players make a living by being fully dependent on sports? It is the challenge faced by almost all athletes of the country and there is still no viable solution.

“We always think about how we can earn the country some reputation through sports and we feel proud to represent 30 million Nepalis on international stages,” said Rokaya. “But our government has not been able to understand the importance of sports and the hard work of our players. The government is yet to become serious about sports and sportspersons.”

Where the Billionaire Population is growing Fastest