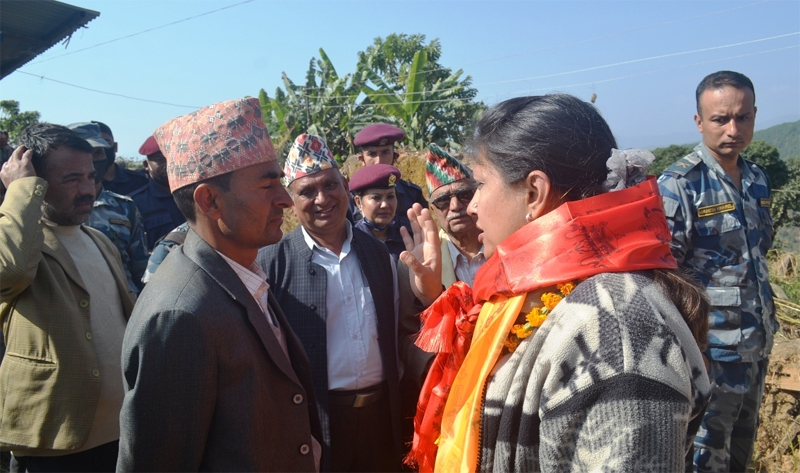 Rana was on her way to meet a local leader of Nepali Congress, Yagya Prasad Dangal’s home at Kalleri, Sangachowk Gadi-7.

Around 40 motorcycles had followed Rana’s unescorted vehicle to stop her in front of Dangal’s home before attempting to attack on her. Following the incident, she returned home—with the cadres tailing her vehicle on their motorcycles.

Yubraj is a candidate for Provincial Assembly elections from Sindhupalchowk 2 representing CPN (Maoist Center). Following the attack, Rana had returned under escort and reached Dangal’s home. “I was invited for a cup of tea. However, after the attack, I returned to Chautara,” she said adding that it was still unsafe to travel freely.

Rana has informed local administration of the incident and would register a compliant after consulting with RPP. Rana’s father, Pashupati Shamsher Rana is competing for the House of Representatives elections from Sindhupalchowk-2 representing the democratic alliance.

Venezuela’s Maduro: Drone attack was an attempt to kill him