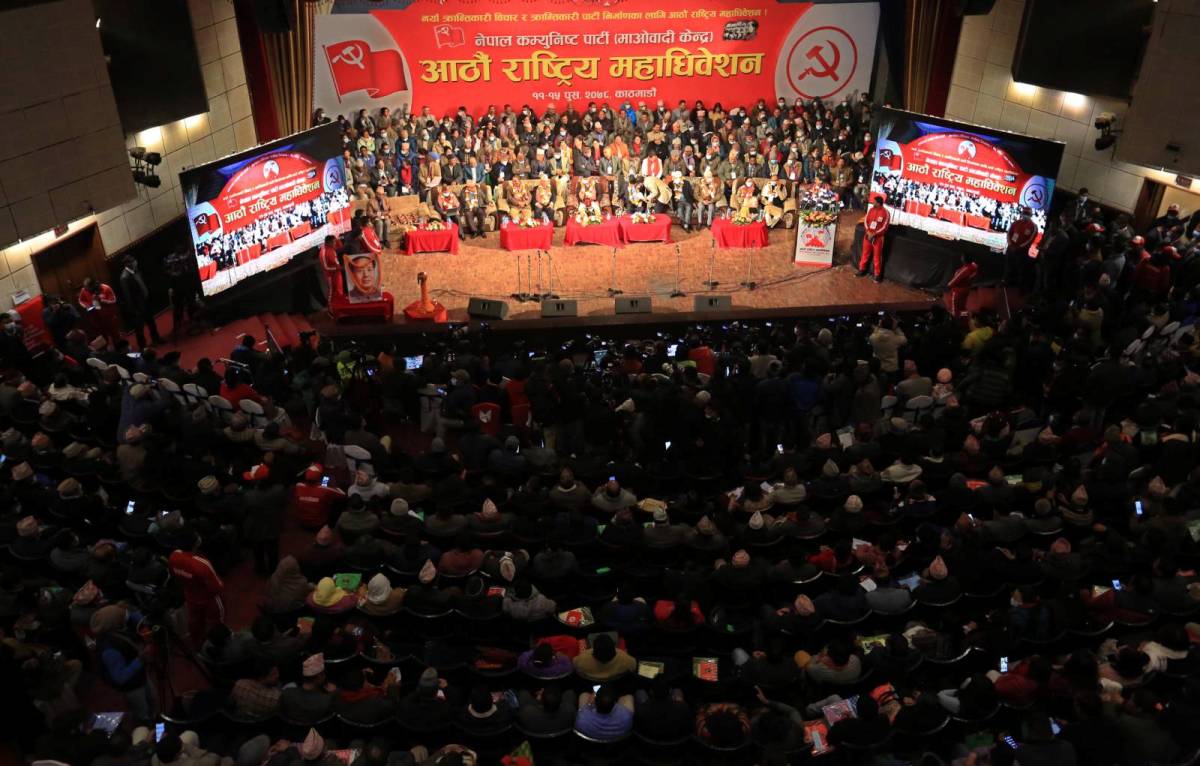 KATHMANDU, Dec 30: The election schedule of the eighth National General Convention of the CPN (Maoist Center) is likely to be published today.

According to the party leaders, preparations are underway to conduct elections to pick office bearers of the party. The Election Committee of the CPN (Maoist Center) has said that it plans to approve both the reports and start the formal process of the selection of new leadership through election.

Team leaders of 11 groups have already put forth their views on Wednesday. The rest of the team members are expected to present their views today. Each group will be given 15 to 20 minutes to announce the outcome of the group discussion.

On the first day of the closed session, party Chairman Pushpa Kamal Dahal presented the political report and Dev Gurung, a senior party leader, presented the draft of the party’s new statute.

Maoist Center will not select office-bearers, form standing committee and politburo before election

KATHMANDU, March 7: The CPN (Maoist Center) has decided not to select its office-bearers, form standing committee and politburo before... Read More...

‘RSP should not join the govt’
12 hours ago

Rumors that Unified Socialist party is uniting with Maoist center is baseless: Dr Bhusal
6 hours ago