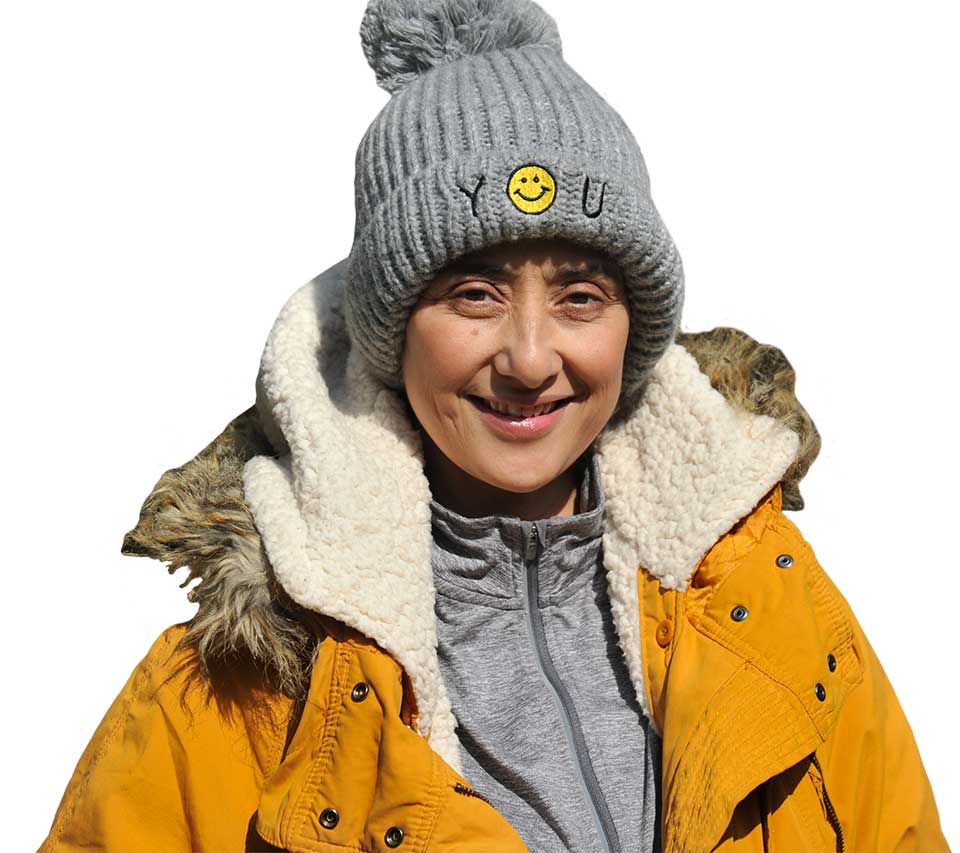 Manisha Koirala, the scion of B P Koirala and the famous Bollywood actress
, is a cancer survivor and is active in social media these days. What are her reflections on life after cancer? What are her views on Nepali politics and society? Subhash Ghimire and Mahabir Paudyal caught up with her in Kathmandu.

I do not miss the past days. I actually love the times I am living now. This has taught me to live meaningfully

You seem to be doing a lot of reflection on what you have done in the past and how you want to spend the rest of your life.

Tell us about how cancer changed your life.

Cancer, actually, came as a huge gift. I was living with almost callous ignorance until that point. When cancer first attacked me, it was painful. But in retrospect, it shook me so much that just the thought that I will be dying and that I was experiencing death so closely made me realize the fear of death is real and huge.

I had heard about others’ death. I had seen deaths but when I faced it myself, coupes of questions rose in me. First, I had taken life for granted and that’s why I had very unhealthy lifestyle. Once I had cancer, I realized how much I had to spend to correct the harms the unhealthy lifestyle had done to my body. The fear and pain inside me was real. Second, I thought if my life is so valuable and living so valuable, what did I do? Was the valuable life a joyful ride to me?

Prior to cancer about 10 to 15 years, I was slightly into depression. I was sad. I was not enjoying every moment of life.  Then I started to realize I was too consumed with little problems in life. I would make those problems big. We tend to exaggerate the painful memories. We cling on to negative sides. Perhaps I did so before I had cancer.  I made a conscious decision to hug on to positive aspects after the cancer moment.

How is the life you are living today different from the one you led in the past?

Even today there is pain in my life. I still cry. I still have anxieties and sad moments but I don’t cling on to them for long. A lot has changed in my life after the cancer treatment. I have started valuing life and health. My approach is more positive and I have become more forgiving. I don’t dwell upon minor distractions in life.

    Cancer, actually, came as a huge gift. I was living with almost callous ignorance until that point.
    I read books, basically, on living and dying. I did that to conquer the fear of death.
    Earlier, I was not very interested in what is happening around. Now, I am slightly more alert about social and political happenings.
     I am not politically correct person. I don’t have political mind and temperament.
     The fundamental characteristic of Nepali politics has not changed. It is still about sticking to power at any cost, no matter what the people’s mandate is.

We grew up watching you as big Bollywood star. When did you realize that you messed up with your life?

It’s a human tendency that when you get things too easily you do not value them. We take things for granted. This happened with my life and career as well. It was not that I did not work hard but the way I achieved stardom, it started to become not so exciting. I took everything for granted. That was the wrong way to look into my life and career. We need to value everything in life.  We need to nurture it like we nurture our relation with parents. We need to be more respectful towards life.

You seem to reading quite a lot these days. Tell us about the books you are reading.
There was a time when I was reading a lot about fear, death and spirituality. I tasted the fear of death and I hated myself being fearful.  I hated being the character of pity because I have always been a fighter, a winner and an achiever. To be in that space of fear was really not comfortable for me. If death knocks at my door tomorrow, I must be prepared and I must gracefully accept the death was the feeling then. So I started reading whatever materials were available on those subjects. I basically read books on living and dying. I have been reading the authors who write on those subjects. I did that to conquer the fear of death.

Now that phase is over and I read a lot of materials on self improvement, healing, study of mind body and spirit. I have written a book which is going to come out in April or May of this year. It is basically about my experience of living with cancer, meeting with cancer people, trying to deal with this situation and struggle for survival of those people.  I also have two more books in the planning but I will work on them once the first book comes out. I listen to Nepali songs a lot. There was a time when I listened to Narayan Gopal a lot. These days I listen to just about any songs, Nepali modern songs in particular. I have not read many Nepali books.

How are you coping with public persona of Manisha Koirala and the struggle you are going through right now?

It’s my job and duty to keep that persona as authentic as possible. I have crossed 45, times are changing fast and so much is happening. This is why I need to be engaged.  I started Twitter and Facebook to get occupied with the public. I feel that I need to be working all the time so that I remain engaged with people. I cannot remain secluded. But I don’t want to portray something which is not true to me. Earlier I was not very interested with what is happening around. Now I am slightly more alert about social and political happenings. I feel that everything matters and everything impacts. My boundary was narrow but it is now much bigger.  I keep an interest about what is happening in Nepal and the world.

You have also been involved in Bagmati campaign.

Bagmati has always been very close to my heart. It was my priority to do something for Bagmati because I grew up seeing Bagmati clean and pure. Now the random housing and pollution has defaced Kathmandu. There are plastics everywhere and roads are dusty and chaotic. It makes you sad. My involvement in Bagmati campaign is my belief that something must be done to restore its old glory. So when they requested me to join the campaign I felt honored.  But I also know that picking plastics is no solution.  This is ultimately related with good governance. Unless good governance trickles down to Bagmati, we won’t be able to keep it clean but we must not give up.

How much do you miss your past?

I do not miss those days. I actually love the times I am living now. This has taught me to live meaningfully. My past is important but the present has become much more valuable.  I do not enjoy the noise and crowd like I used to in the past. I have become selective in choosing friends. So many things have changed in the past few years. I used to have a lot of friends, used to hang out in groups. Now I have fewer friends. I am closer to family and friends than in the past.

In your TED video, you talk about a lady you met in New York hospital. Tell us more about it.

This particular incident was very revealing to me. There was a lady who used to come and meet me every Sunday. I had not known her before.  It was natural for my family members and friends to be concerned about me during those difficult times.  For someone I had not known before to be so caring about me was unusual. So I asked her one day why she cared for me so much. She told me that she did so with the hope that I would do the same to others later on in my life.

Some Nepali actors have joined politics. You come from a political family.

I think I am not fit for politics. Actually, I went into acting precisely to escape the internal politics within the family. I had seen it from close and was not happy with how it was going on. It is another thing that I became successful in movie industry but when I joined, I was not sure I would actually be able to make it big.

I did not join politics like other members of the family because I was a rebel. I, still, am.  I left Nepal after seeing the political mess within my family. I am not politically correct person. I don’t have political mind and temperament. Yet, I don’t, completely, rule out the possibility of getting involved in politics. I follow what some of young leaders at Bibeksheel Sajha have been doing. The cause they are promoting is good. I may get involved into that kind of activism but I don’t think I will become a part of hardcore politics.

Why do you say that? You used to participate in election campaigns of Nepali Congress at one time.

I did that for Sanububa (Girija Prasad Koirala). He won and there was great hope and excitement in the country that we are going to have a stable government.  But soon collusions to get him out of power began. Even today, I see political parties concentrating on making and breaking of governments. We have had election and a political party has emerged as the largest force.

That should lead the government, other parties should stay in opposition and warn and make the government accountable. But I hear people talking about not letting the winning party form the government. In my observation, the fundamental characteristic of Nepali politics has not changed. It is still about sticking to power at any cost, no matter what the people’s mandate is. This needs to change.

You have interacted with a number of young people here. What is your take?

Despite all the bad things happening in politics, I see a lot good things happening in our country.  The young people are conscious and politically aware and smart. Their exposure with various kinds of media and the internet has made them argumentative. Life expectancy has changed.  There are positive changes in many fronts. We need to give those changes further momentum.

Where do you see yourself in the next five or ten years down the line?

It is said that man plans and god conspires (laughs).  So I do not have definite plans as such. But I will focus on improving myself, bonding with my friends and family. I want to involve myself in constructive works. I would be doing something that could contribute to the society. I have not made mind as to what that will be. I will be traveling and working on few projects.  I have my parents here. I will be basically living in Kathmandu.

Life of gold and glitters

The weather is warm but the days are cold We are ready to enjoy and be bold  Our friends has... Read More...

Life after coming back…

When I started my educational journey far away from home back in 2009, I was a proud girl. Something that... Read More...