Manchester City ease through despite rare home loss to Basel 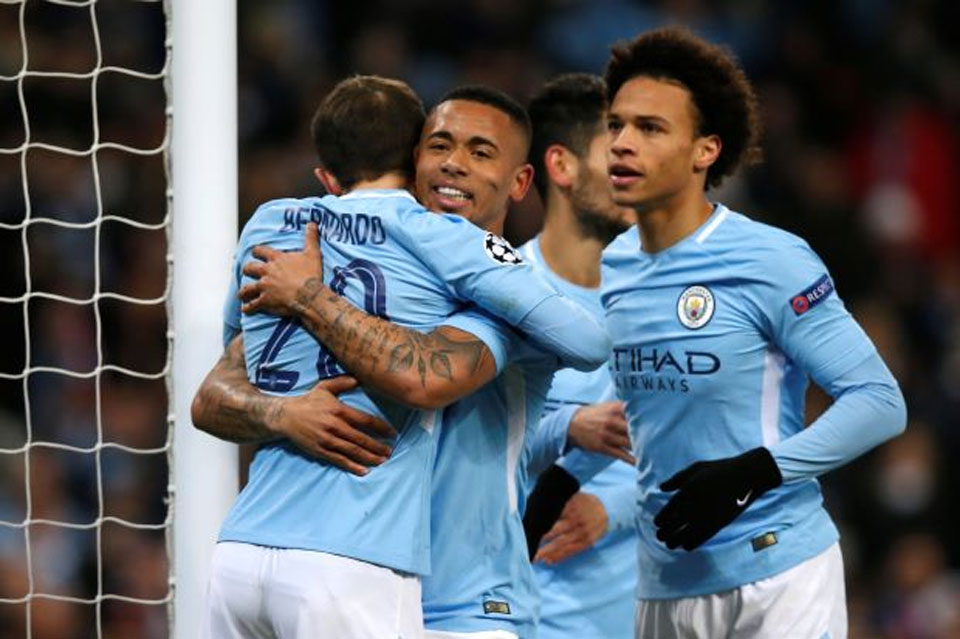 MANCHESTER, March 8: Manchester City advanced to the Champions League quarter-finals despite suffering their first home loss in over a year, going through 5-2 on aggregate after a 2-1 defeat by Swiss champions Basel on Wednesday.

City won the first leg 4-0 and unsurprisingly their manager Pep Guardiola chose to leave key players on the bench with none of Kevin De Bruyne, Sergio Aguero or goalkeeper Ederson featuring in the game.

With David Silva also missing and veteran Yaya Toure in midfield, City lacked the zip and fluency that has characterised their play this season.

City’s last home defeat came in December, 2016 against Chelsea in the Premier League and while this loss can be largely dismissed, due to the weakened side playing a game with little at stake, there will be concern that Guardiola’s second string failed to make the most of their opportunities.

One bright spot was the performance of 17-year-old midfielder Phil Foden, who became the youngest English player to feature in the knockout stage of the Champions League and delivered a composed performance throughout.

The evening began positively for City, unbeaten in their last 12 Champions League home matches, when Brazilian Gabriel Jesus put them ahead in the eighth minute.

German winger Leroy Sane danced through the Basel defence and set up Bernardo Silva whose low cross was tapped in by the Brazilian forward for his first goal since November.

It seemed like another comfortable City win could be on the cards but Basel, backed by an impressively vocal travelling support, were clearly determined to restore some pride.

The visitors drew level nine minutes after Jesus’ goal when Mohamed Elyounoussi buried the ball in the bottom corner with a well-struck effort from just inside the area.

Runaway Premier League leaders City were content to play their trademark possession football but without any real threat in attack.

Basel’s endeavours were rewarded in the 72nd minute when, after excellent work from Elyounoussi, Michael Lang blasted past Claudio Bravo at the near post.

While Guardiola was not unduly concerned about the result, given the tie was virtually decided two weeks ago, he was disappointed with the way his side approached the second half.

For Basel coach Raphael Wicky, the display clearly restored confidence to his team after their heavy loss in the first leg.

“It was difficult to go behind after eight minutes, it can be very difficult against a team like that. I am very proud and happy with the team, in difficult circumstances they produced a really good performance,” he told reporters.

“We have a certain pride and showed that against a team that wins here so often.”

Seven arrested for trying to rob tourist
15 minutes ago