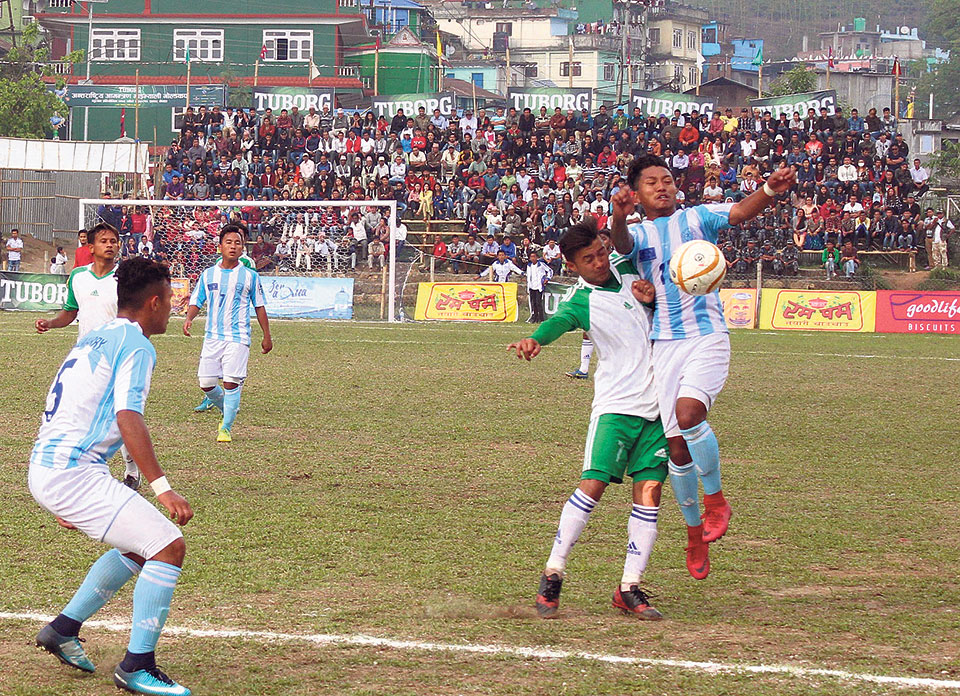 Manang took the lead through Nigerian player Kachi as he headed the ball into the net from a Heman Gurung free kick in the 37th minute. That goal was enough to send Manang into the last four.

Mai Valley could not create any good chances in the first half, but kept Manang under pressure in the second half. Mai Valley got the support of the home crowd. Manang’s missing of several chances and Mai Valley’s constant shots on Manang’s post added additional inspiration to the home crowd. But, Mai Valley failed to score in the regulation time and suffered a defeat.

Manang also got other chances in the match, among which was Kochi’s powerful shot that was rebounded off the post. Mai Valley’s Manish Thapa’s shot was saved by Manang goalkeeper Bishal Shrestha. Both the teams got plenty of good chances, but failed to convert them.

Mai Valley had entered into the quarterfinal of the tournament winning the first match against Kaski XI 3-2 on the opening day.

Mai Valley’s Tirtha Basnet was named the man-of-the-match and was rewarded with Rs 10,000.
Manang will take on the winner of the Wednesday’s match between Sikkim United and the departmental team Tribhuvan Army Club. The other departmental team Armed Police Force will face Jhapa XI on Tuesday.