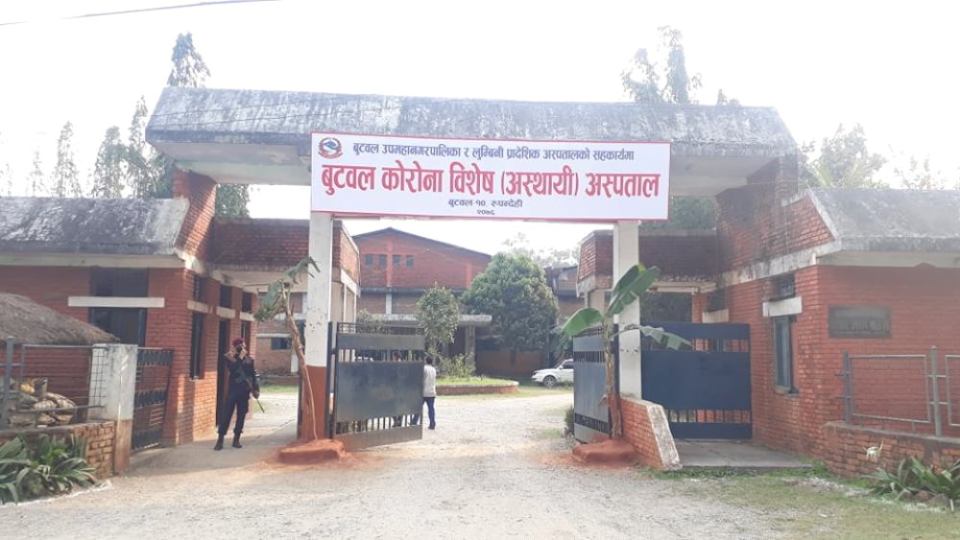 Dr Bishnu Gautam, information officer for the hospital, said that the resident of Butwal-13 fled to the forest in the morning.

The man was taken to the hospital on Dec 22 after he experienced respiratory problems. The patient was receiving treatment at the ICU, health workers said. “The patient who left his bed saying he had to use the bathroom rushed to the forest near the hospital in front of the health workers,” said Dr Gautam, confirming the incident.

According to the hospital administration, the man escaped from the hospital and reached a hotel in Yogikuti, about two kilometers south, and left after having tea.

Meanwhile, his family has claimed that the man on Saturday complained that no one took care of him at the hospital, nor did anyone change the saline water and that he could not recover rather would die if he stayed there.

Family members said that the patient did not answer their calls and when they finally called the hospital, they were informed about the incident this morning. They have claimed that the failure of the hospital to provide timely information and send the ICU patients to the forest to urinate is a serious negligence.

The patient’s wife complained that her husband had disappeared from the hospital due to the hospital’s negligence as the administration had already been informed about the medication for his mental health condition before admitting him to the hospital.

However, Dr Gautam said that the security personnel were in-charge of the security arrangements and the family did not mention his medical condition. “Although the man was scheduled to be discharged by tomorrow, he escaped from the hospital a day earlier,” said Dr Gautam.