LONDON, Dec 9: Chelsea brought a whole new dimension to the Premier League title race when they handed Manchester City their first defeat of the season on Saturday to leave Mohamed Salah-inspired Liverpool as the new leaders.

Egyptian Salah was back to his best with a hat-trick in his side’s 4-0 win at Bournemouth in the early game to move Liverpool a point clear of champions City.

Their tenure at the top was expected to be brief, but five hours later City’s aura was dented by a shock 2-0 defeat at Stamford Bridge, with N’Golo Kante and David Luiz proving their unlikely executioners.

The results left Liverpool on 42 points after 16 games and the only team in the league still undefeated after City’s 21-match unbeaten streak, stretching back to a loss to Manchester United in April, was ended.

Chelsea’s win moved them temporarily into third on 34 points, ahead of Arsenal on goal difference after the Gunners beat Huddersfield Town 1-0 with a belated and brilliant Lucas Torreira bicycle kick.

But Tottenham Hotspur strolled to a fifth win in six league games with a 2-0 victory at Leicester City in the day’s late kick-off to reclaim third spot.

Nonetheless, it was City’s lacklustre loss after seven straight wins that sent tremors through a league that had been beginning to talk up the domestic invincibility of Pep Guardiola’s team.

They had dominated proceedings until just before the break when Eden Hazard set up the normally goal-shy Kante to fire home brilliantly into the roof of the net.

It was the first time City had been behind in the league since drawing with Wolverhampton Wanderers in August and they were surprisingly toothless chasing the game either side of Luiz heading home Chelsea’s second from a corner in the 78th minute.

Luiz said he felt Chelsea had beaten “the best team in Europe at the moment”.

Yet City hardly looked like it, their effort proving in stark contrast to Liverpool’s.

Salah, who had suffered a slow start to the season after his golden boot exploits of 2017-18, struck with what looked an offside rebound in the first half before scoring two individual beauties after the break.

A Steve Cook own goal for Liverpool’s third summed up Bournemouth’s misery at the Vitality Stadium as the Reds took their unbeaten streak to a club record-equalling 17 top-flight matches.

Juergen Klopp hailed his side’s performance as “mature” and saluted the “absolutely brilliant” Salah who clambered alongside Arsenal’s Pierre-Emerick Aubameyang at the top of the Premier League goalscoring charts on 10.

Salah handed over his man-of-the-match award to teammate James Milner, saying it was the “perfect” way to celebrate him joining the elite club of players who have made 500 Premier League appearances.

“I have to congratulate him on an amazing career — he deserves this today,” Salah said.

STODGY FORM
The grumbles at Old Trafford around the stodgy form of Manchester United, who had not won in four league matches, were silenced when goals from Ashley Young, Juan Mata, Romelu Lukaku and Marcus Rashford wrapped up a 4-1 win over 10-man Fulham.

The visitors had Andre-Frank Zambo Anguissa sent off in the second half, minutes after an Aboubakar Kamara goal from the penalty spot had given Claudio Ranieri’s side a glimpse of an unlikely escape.

“The fans today enjoyed it. That is the Manchester United that we want to see,” said a delighted Mata.

Defeat left Fulham on nine points, alongside Southampton, who offered new manager Ralph Hasenhuettl a glimpse of the task he faces in a 1-0 loss at fellow relegation contenders Cardiff City, Callum Paterson scoring the 74th-minute winner.

Torreira built on his new cult status at Arsenal with an acrobatic 83rd-minute winner that extended their unbeaten run in all competitions to 21 matches.

Huddersfield’s defeat left them on 10 points in 18th place as Burnley leapt out of the bottom three with James Tarkowski’s first-half goal earning them a 1-0 win over Brighton & Hove Albion at Turf Moor.

Spurs made light work of claiming back third spot, with goals from Son Heung-min and Dele Alli’s 50th for the club enough to inflict a first league defeat in seven on Leicester.

Tottenham manager Mauricio Pochettino could even afford to give Harry Kane a rest from the start ahead of their must-win Champions League clash with Barcelona. 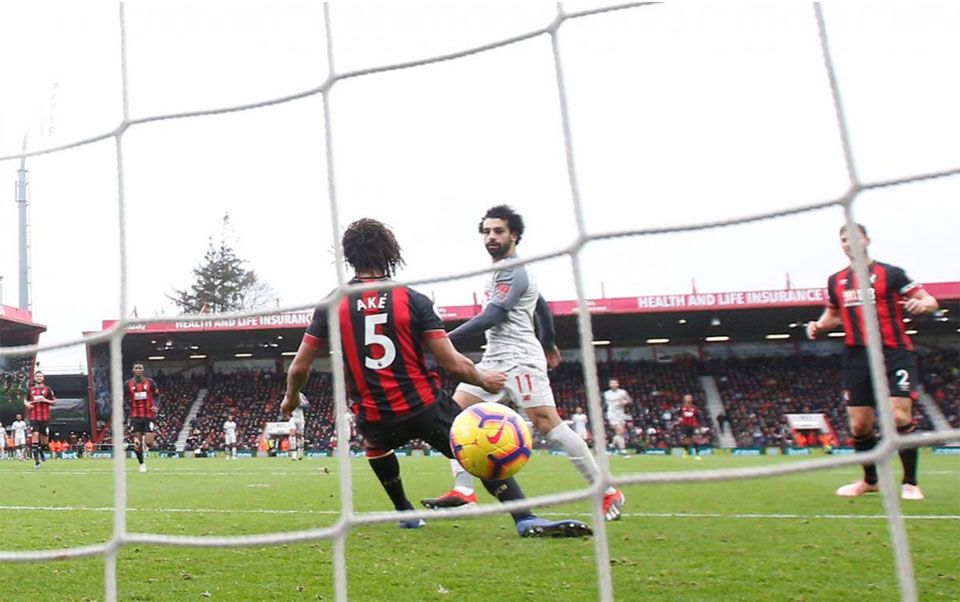 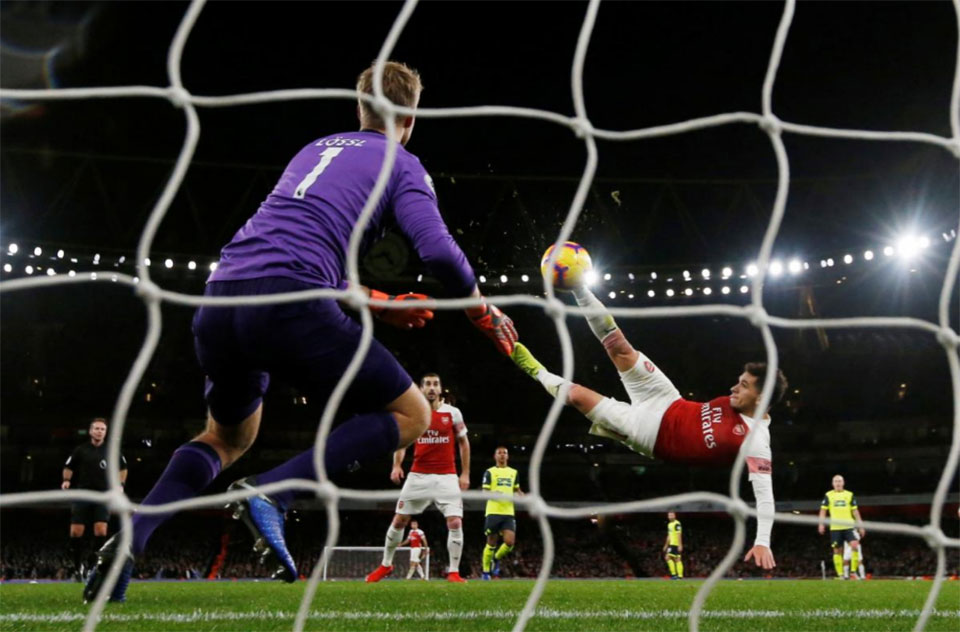 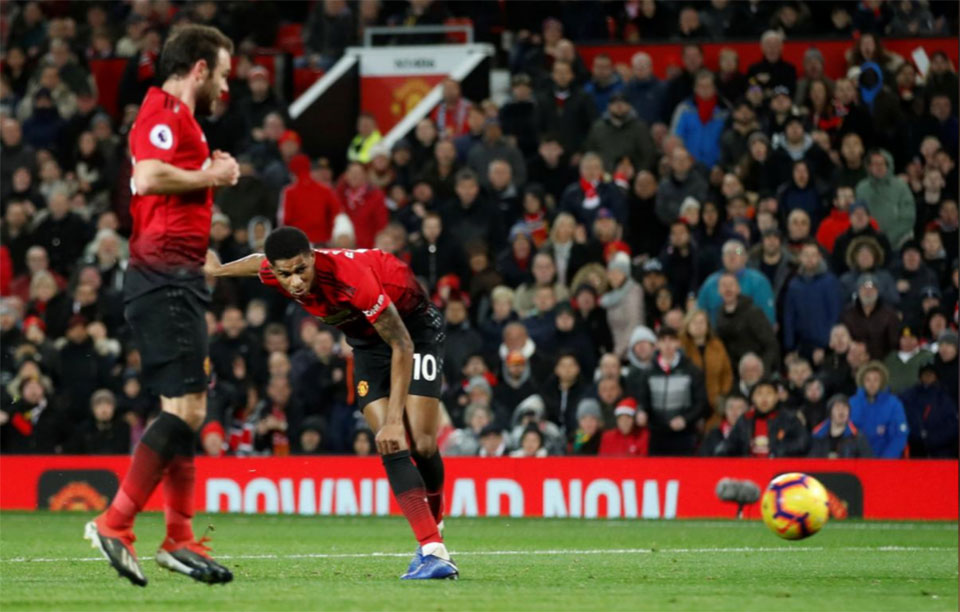