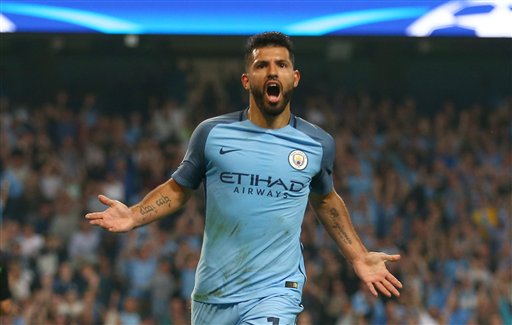 LONDON, Sept 29:  Manchester City striker Sergio Aguero has been involved in a road accident in the Netherlands and will be assessed by club doctors when he returns on Friday, the Premier League side has said.

“Sergio Aguero will be assessed by Club doctors today after being involved in a road accident on Thursday,” City said of the Argentina striker in a statement on their website.

“The City forward was in Holland on his day off and has sustained injuries. He will return to Manchester this morning and his status will be checked ahead of tomorrow’s Premier League clash at Chelsea.”

Earlier reports in the Argentine media said Aguero, who has scored six goals in six league appearances this season, traveled to Amsterdam to attend a concert and was the passenger in a taxi that crashed into a pole.

Aguero’s first club, Independiente, said on Twitter: “Strength and fast recovery. All Independiente is with you at this difficult time.”

Premier League leaders City, who face Chelsea at Stamford Bridge on Saturday, had already been dealt an injury blow this week when scans showed French international defender Benjamin Mendy has ruptured anterior cruciate ligament in his right knee and could face several months on the sidelines.