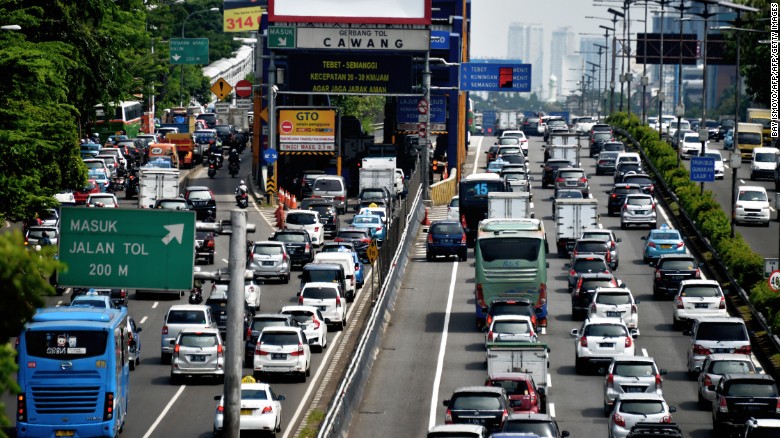 Indonesian police have arrested a man who they say has confessed to broadcasting a pornographic film onto a large electronic billboard on a busy road in Jakarta.

The 24-year-old IT worker, identified by his initials S.A.R., was apprehended in a police raid at his company offices on Tuesday, Senior Adjunct Commissioner Roberto Pasaribu, of the Jakarta Police Special Crimes Unit, told CNN.

The suspect told police he approached the video billboard last week and saw the login name and password for the computer system that controls it displayed on the screen.

About five minutes of the sex film was shown on the billboard before people in the area cut off electricity to it.

During the unscheduled show, passersby took photos and shared videos on social media that trended under the hashtag #videotron.

If convicted, the suspect could face up to seven years in prison.

Pasaribu said police were continuing to investigate the alleged crime, because they suspect S.A.R. may not have acted alone and parts of his story don't add up.

Police couldn't find the photo of the computer's ID and password on the suspect's mobile phone, and they haven't found any evidence billboard's operator had displayed the log-in information for the computer that controlled it.

The pornographic film was broadcast on the billboard last Friday afternoon.

NAWALPARASI, JULY 25: Police have arrested a person with 25 tolas of raw gold. The arrested is Sanjay Chhetri, 22,... Read More...