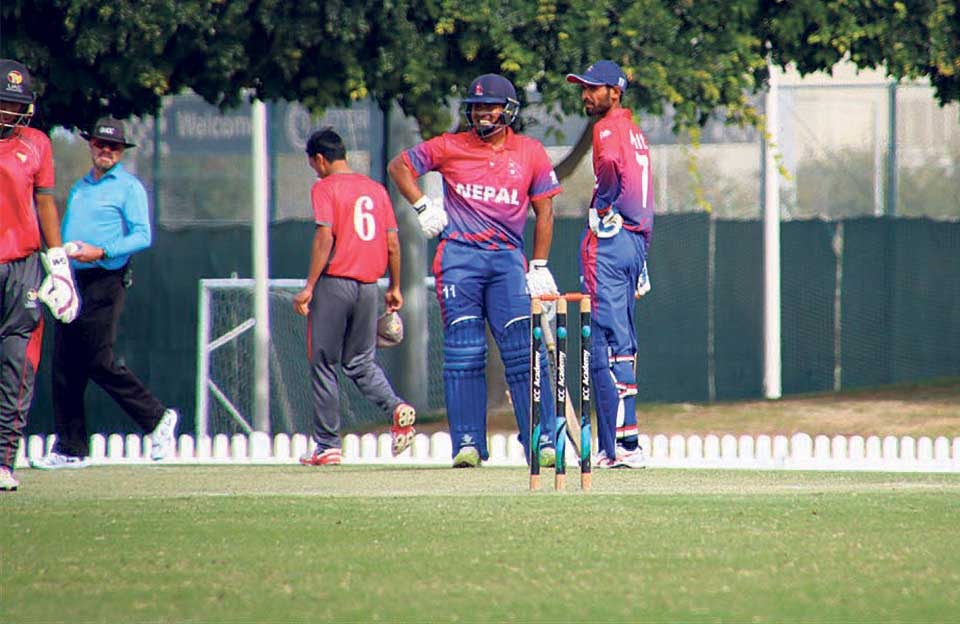 Nepal, who is preparing for the World Cricket League Division Two to be held in Namibia from February 8, defeated UAE ‘A’ by 193 runs on Wednesday. Nepal had already beaten the same team by 25 runs on Tuesday.

The openers Malla and Dilip Nath produced a good start for Nepal with a partnership of 142 runs for the first wicket and gave a target of 333 runs at the loss of five wickets in the allotted 50 overs.

Nath scored 64 runs off 69 balls which included two sixes and six fours, while Malla hit 154 runs off 131 balls including 17 boundaries. Malla partnered with Anil Kumar Sah (34 runs) for the second wicket and Dipendra Singh Airee (64 runs) for the third wicket. Likewise, he made 82-run partnership with Aarif Sheikh for the fourth wicket before going back to the pavilion.

Lamichhane, who was bought by the Indian Premier League (IPL) outfit Delhi Daredevils this week, bowled brilliantly for Nepal claiming four wickets. Lamichhane was included in the IPL auction and was bought by Daredevils at the base price of Rs 2 million.

Supporting Lamichhane’s bowling, Khadka bagged two wickets in the match. He had taken five wickets on Tuesday. Likewise, Sompal Kami and Shakti Gauchan took a wicket each for the winning team.

Nepal lose to UAE by 5 runs

KATHMANDU, Nov 23: Nepal have been defeated by the United Arab Emirates (UAE) by five runs in the match played... Read More...