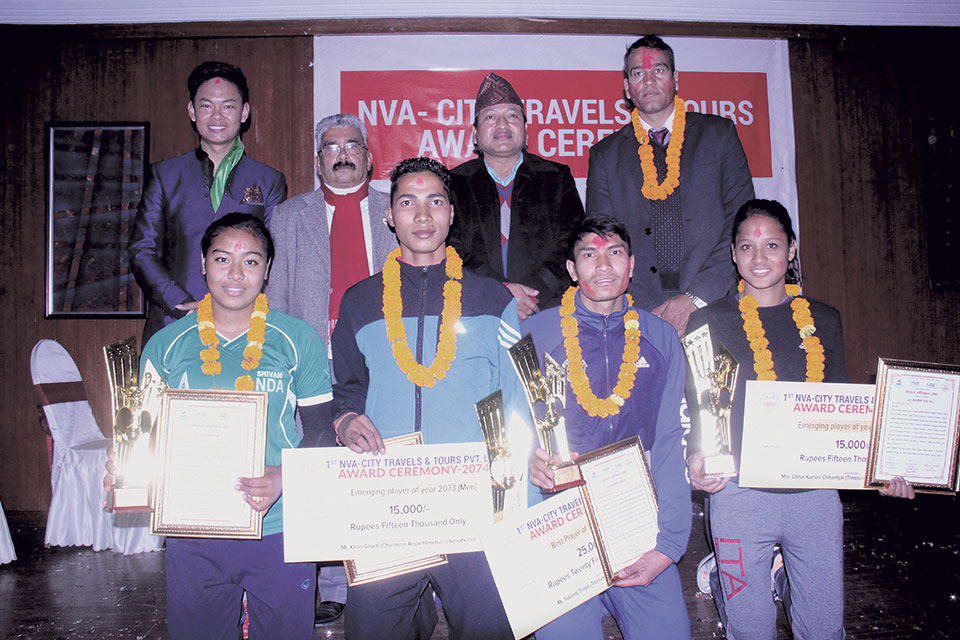 Similarly, Jagadish Bhatta won the coach of the year award in male category for his contribution to national volleyball and establishing the first-ever volleyball training center in the far-western region. APF’s Gyanendra Bista received the same accolade for coaching women players. They received Rs 25,000 each.

This is the first award hosted by National Volleyball Association, in association with City Travel and Tour. The awards were presented by the member-secretary of National Sports Council Keshav Bista and president of Nepal Volleyball Association Manoranjan Sharma. The emerging players received Rs 15,000 each. The players of Nepali team, who won bronze medal in AVC Asian Center Zone Tournament at Maldives, were provided with Rs 20,000 each. This was Nepal’s first medal in 41 years.

KATHMANDU, Aug 25: Laxmi Intercontinental, the authorized distributor of Hyundai vehicles for Nepal, has announced the name of the winners... Read More...