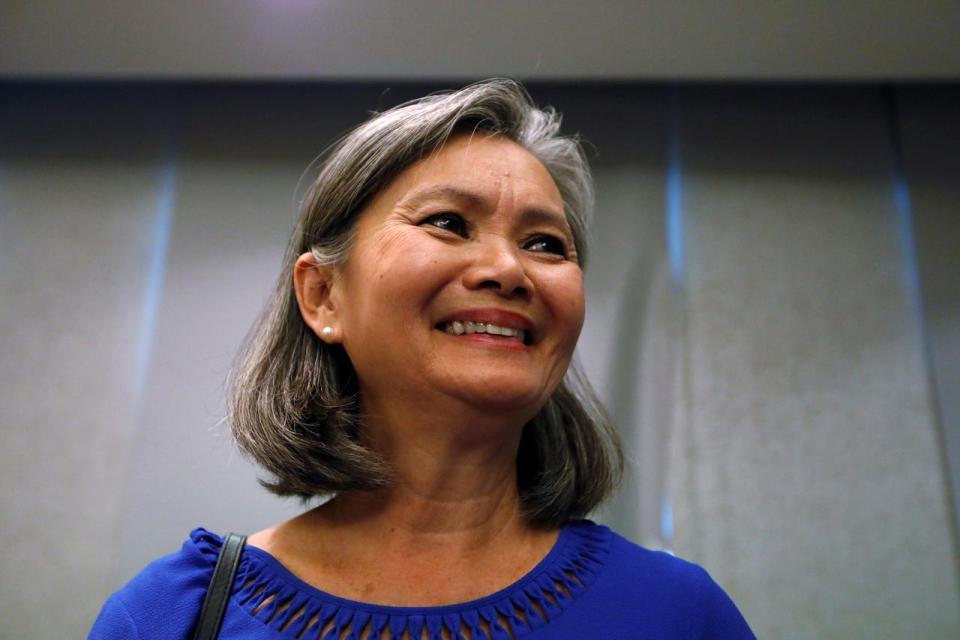 KUALA LUMPUR/PHNOM PENH,Nov 7: Malaysia has detained the deputy leader of Cambodia’s banned opposition party, Mu Sochua, an official said on Thursday, after Phnom Penh sought her arrest on grounds that she and other self-exiled opposition were plotting a coup in trying to return home.

The detention came as Sam Rainsy, the founder of the opposition party, prepared to fly from Paris to Bangkok, vowing to return to Cambodia on Saturday to lead demonstrations against the one-party rule of longtime Prime Minister Hun Sen.

Mu Sochua, 65, flew into Kuala Lumpur on her U.S. passport and was being questioned at the airport, but Malaysia had not decided whether to deport her to Cambodia to face trial, Malaysian foreign minister Saifuddin Abdullah

“We have received a request, but we decide on our own,” Saifuddin told reporters

“We are a pro-democracy government, we follow things very closely, but at the same time we cannot interfere in what happens in other countries,” he said.

It was unclear if any of the dozens of opposition figures abroad would reach Cambodia for the planned rallies. Thailand said it will not allow transit for Sam Rainsy, and Malaysia this week detained two other opposition leaders trying to fly to Thailand.

A former women’s minister, Mu Sochua is vice president of the banned Cambodia National Rescue Party (CNRP) and one of the highest-profile opposition leaders detained in Hun Sen’s efforts to prevent their return.

Thailand denied her entry on Oct. 20.

On Wednesday, she held a news conference in Indonesia to denounce a crackdown by Cambodian authorities, who have arrested at least 48 opposition activists this year and deployed troops along the borders in recent weeks.

“What do they fear?” she asked. “They totally fear the determination of the people of Cambodia, who are responding positively to our appeal, which is that together we will build a better Cambodia.”

She later flew to Malaysia, only to be detained.

Jerald Joseph, an official of the Malaysian Human Rights Commission, said he had spoken with Mu Sochua in detention, who said she had been told she would not be deported to Cambodia. It was not immediately clear where authorities would send her next.

Mu Sochua fled Cambodia in 2017 amid a mass crackdown on the opposition. The party’s leader, Kem Sokha, was arrested on treason charges and remains under house arrest.

Cambodia’s Supreme Court later dissolved the CNRP. The party of Hun Sen, who has ruled Cambodia for more than three decades, went on to win all the seats in parliament in a general election last year.

Mu Sochua’s news conference in Jakarta was interrupted by the Cambodian ambassador, who argued she should not be given a forum.

The Cambodian embassy later asked Indonesia, as a fellow member of the Association of Southeast Asian Nations (ASEAN) grouping, to arrest her.

The embassy sought her deportation to Cambodia “in the true spirit of ASEAN”, it said in a statement, adding that similar requests had been made to neighboring countries.

Cambodian national police spokesman Chhay Kim Khoeun said Mu Sochua had been charged in connection with a plot to topple the government.

“There is an arrest warrant for her. We really want her, but we don’t know what is Malaysia’s position,” he said.

“She’s done nothing wrong and should be immediately released and allowed to undertake the consultations she planned with the Malaysian government and civil society groups,” said Phil Robertson, the group’s deputy director for Asia.

SHAH ALAM, April 1: A Vietnamese woman who is the only suspect in custody for the killing of the North... Read More...