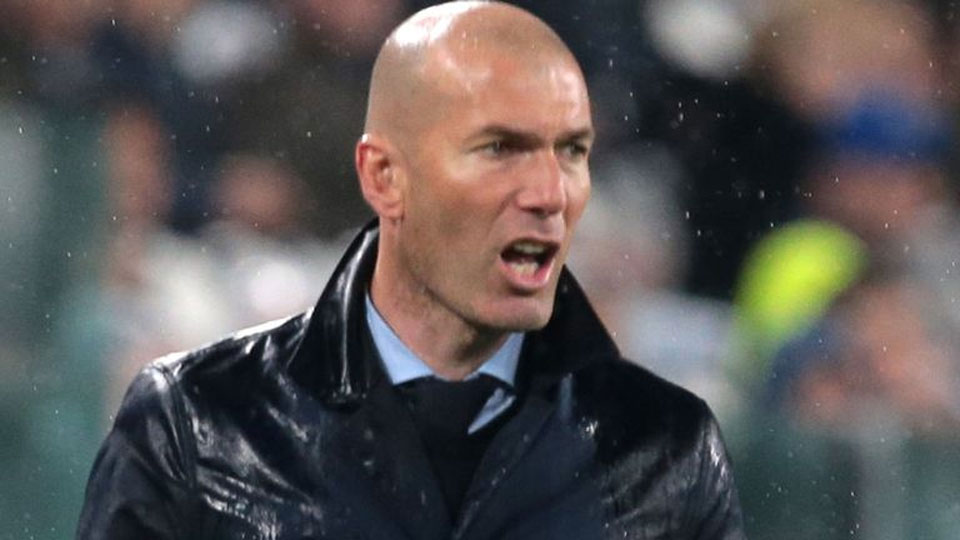 Zinedine Zidane has warned Real Madrid not to underestimate Malaga when his side take on La Liga's bottom club on Sunday.

April 16: Malaga are 14 points adrift of safety but Zidane remains wary of the threat posed by Jose Gonzalez's men, especially after Real's efforts in their dramatic Champions League quarter-final triumph over Juventus.

He told a pre-match press conference: "Malaga are bottom and maybe they don't deserve to be there.

"I've seen them and their position is surprising. It's going to be difficult, but we're going there to win and they are going to make the most of it."

The Serie A giants had stormed back from a 3-0 first-leg deficit to level the scores at 3-3 on aggregate at the Bernabeu on Wednesday night.

English referee Michael Oliver then awarded a contentious spot-kick in added time after ruling Mehdi Benatia had bundled Lucas Vazquez over in the box.

Zidane refused to reveal his thoughts on the penalty award and believed there had been "too much" made of the incident, instead concerning himself with preparations for Madrid's return to league action.

He added: "It will be more difficult after the Champions League match because the effort has been enormous, but we have managed, very well, the three days (since the game) and now we are ready for another league match."

Isco will be monitored after taking a kick to the shin in training, while Nacho will miss out with a muscle problem. Karim Benzema is expected to start in attack.

Diego Gonzalez is an injury concern for Malaga after he suffered a thigh injury in training on Friday, but Ignasi Miquel could be back in the squad.

Goalkeeper Roberto knows his team-mates face a tough challenge against fourth-placed Madrid and told the club's official website: "Obviously, we know the rival we're up against, the quality they have and the moment they're at, which is what we have in mind when preparing for the game.

"However, we have so much work to do in focusing on ourselves, that the rival takes more of a back seat."