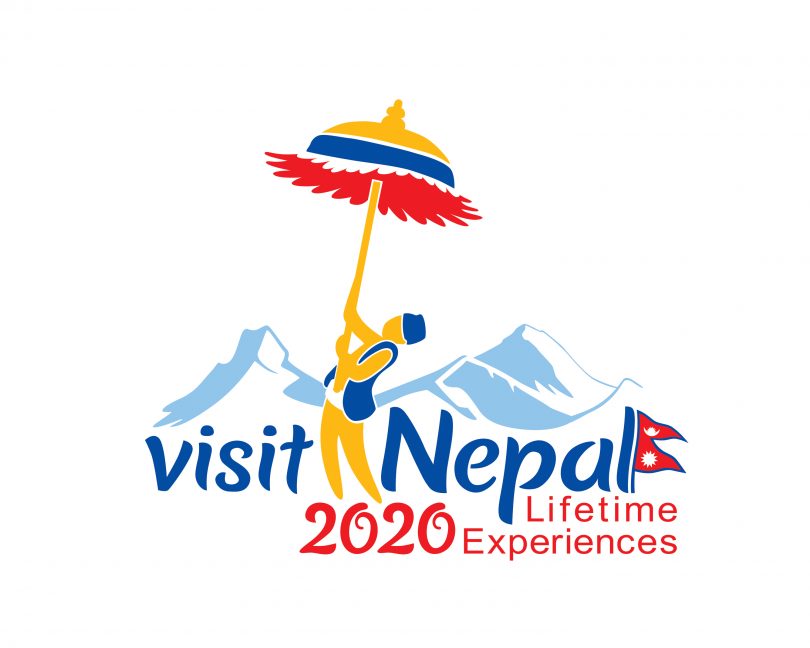 We need to demonstrate goodwill, both in words and action, so that tourists feel at home in Nepal and want to visit again and again

Nepal is formally embarking on Visit Nepal 2020 from January 1. The campaign launched by the government aims to bring two million tourists.

In VNY 1998 and another visit Nepal campaign in 2011, 500,000 and 800,000 tourists had visited Nepal respectively. The objective of this is to promote Nepal as a tourism destination and improve the economic situation of the country. This year, the government has focused on improving tourism infrastructure. Besides, Gautam Buddha Airport and Pokhara International Airport are under construction. Government is also organizing publicity campaigns. About 4,000 new star-level hotels will come into operation and international chains like Sheraton, Double Tree, and Hilton and Marriot are launching their services for 2020.  Thus meeting the target of two million tourists should not be difficult.

Tourism grew 3.9 percent last year according to the World Travel and Tourism Council (WTTC). Tourism sector is developing rapidly. It offers lots of benefits to the nation: Providing jobs and opportunities for cultural exchange, recreation and economic prosperity. Thus something like Visit Nepal 2020 was actually needed. But can VNY 2020 be made a successful initiative? Nepal had better learn lessons from others.

Learn from Sikkim
I was in Sikkim for three days recently. During my stay there, I realized Nepal could adopt some its strategies. Sikkim, one of the smallest states of India, is also one of the best tourist destinations of India. Sikkim, also known as Nye-mae-el meaning paradise, is famous for its striking natural beauty—captivating greenery, fascinating views of Himalayas including Kanchenjunga peak, alpine meadows, water springs and lakes. It is also a home to glaciers and thousands of varieties of wildflowers and famous pilgrim destinations for Buddhists and Hindus. Nepal is much richer both in terms of natural beauty and culture than Sikkim.

Our sky-high Himalayas, including Mt Everest, gorges, mesmerizing lakes etc are the source of attractions. Nepal is fifth among the top 10 countries to visit. Nepal is also considered as a trekking paradise. It is known for unique lifestyle, language, customs and rituals. Tourist arrivals in Sikkim have seen unprecedented growth: from a mere 15,000 in 1980 to 124,965 in 2017. In Nepal, arrival rate was 162,897 in 1980 and 940,218 in 2017 respectively. Given that Nepal is much larger than Sikkim, this number is not satisfactory.

Despite having world class tourist attractions like Mt Everest, Janakpur, Pashupatinath, Lumbini, rich flora and fauna and natural as well as cultural attraction Nepal has not been able to tap into its tourism potential, not because tourists are unwilling to visit Nepal but more due to factors such as bumpy roads and lack of proper hospitality. Nepal doesn’t have good air connectivity with major tourist source market and our international airport has earned bad name for its poor services.

Besides, the government has not been able to restore all the historical and cultural monuments that were destroyed by 2015 earthquakes. Our cities are not clean enough. In Sikkim we don’t see ugly wires hanging on the electric poles. In Nepal, they are everywhere. Lots of tourists capture this in their camera and post in social media. Sikkim was recognized by the UN Food and Agriculture Organization as the world’s first organic state in 2016 which contributed to its tourism promotion. It also won National Tourism Award in 2012.

Nepal is well known for dust pollution and traffic congestion and unhealthy atmospheric environment. Nepal can leave Sikkim far behind if it can improve on those areas.

For Sikkim South Asian Regional Conference on Ecotourism (2002) became a milestone in introducing the concept of ecotourism. Since then the government there has taken several initiatives including Sikkim Ecotourism Policy (2011) and Sikkim Registration of Homestay Establishment Rules (2013). Sikkim has developed unique tourist attraction such as ropeway, skywalks and landmark religious monuments. There are also a number of tourism focused festivals held every year including Gangtok Winter Carnival. Transportation, road condition, restaurant and accommodation services are smooth. In Sikkim, tourist arrival was low until the 1980s as road condition was not good enough. The government quickly addressed this issue. It also opened new sites such as Tsomgo Lake and Mount Jopuno for tourists. The government of Sikkim is investing huge amount of money for tourism development.

Challenge to overcome
The same cannot be said of Nepal because Nepal is heavily dependent on aid from foreign countries. Tourism industry started to bloom after Nepal adopted “open door” policy during 1950s.

Diverse topography has been a challenge as well as an opportunity for tourism in Nepal. Nepal contains all types of land topography for conducting bungee jumping, rafting, mountaineering and it has climate variation as well. But at the same time tourists may face altitude sickness and it’s not easy for rescue team to reach such area immediately. Besides, the government lacks strategic plan for tourism development in higher altitudes. Some good policies have not been properly implemented. The fund separated for tourism usually gets stolen by corrupt officers. This should be stopped. Tourists are also mostly concerned about security and safety while visiting places. In this regard, government of Sikkim has formulated laws to prevent corruption in tourism sector and tourists are provided with the best services.

Government has arranged strong security system in order to make sure tourists don’t have to go through hardship. Awareness drives have been initiated to educate the public about tourism and, from their side, people have also contributed. People of Sikkim are respectful toward tourists. In Nepal, some taxi drivers and shopkeepers tend to charge high amount of money from the tourists. Such attitude must change and we need to ensure that tourists coming to Nepal feel welcomed and respected.

The government of Sikkim has made use of multimedia in order to reach the diverse audiences. The government provides fund for this. This is why more tourists are traveling to Sikkim. Besides, they have projected Sikkim as a peaceful, clean and green state. Compared to Sikkim, our marketing strategies are not robust enough. Nepal should be able to brand its key strengths: old palaces, temples and unique landscape.

Nepal should not leave any effort to make Visit Nepal 2020 a resounding success. We need to invest for promotion. The facilities of housing, transportation and accommodation should be of high standard. We need to immediately blacktop the roads. The 2015 earthquakes may still have created the impression that Nepal is not a safe place to visit. We need to send out the message that Nepal has risen up and it is a safe place to visit. Government should allocate enough funds for tourism.

Lastly, we need to practice the spirit of Atithidevo Bhawa (guests are like gods) in action. We need to demonstrate goodwill, both in words and action, so that tourists feel at home in Nepal and want to visit again and again.

To visit or not to

One of the major agendas of the Visit Nepal 2020 campaign is to promote local tourism. More Nepalis need to... Read More...

Nepal has stock of 20 million doses of vaccines against COVID-19: Health minister
49 minutes ago