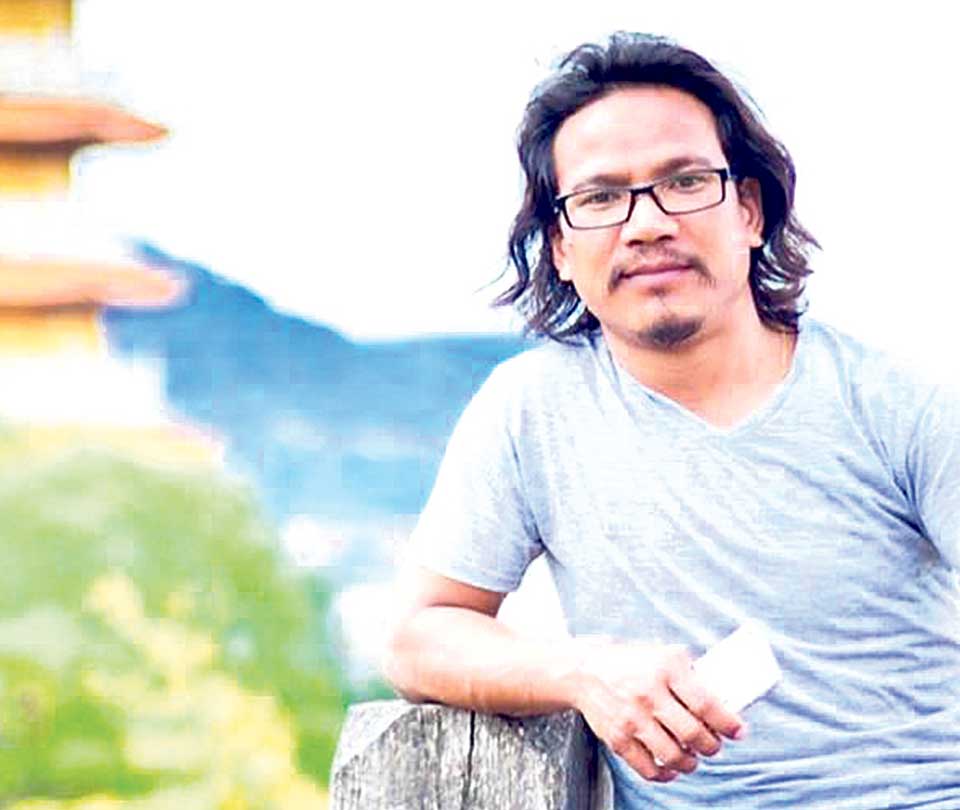 In his debut movie ‘Kabaddi Kabaddi’, Buddhi Tamang managed to stand out and leave a mark despite being surrounded by a stellar star cast. His ‘haait’ still resonates in our minds and with that he has become a household name. Following the success of Kabaddi Kabaddi, Tamang, as one of the more popular and sought after Nepali actors, was seen in movies like Chakka Panja and its sequel, Taandro, and Dui Rupaiya. And, recently, he has once again managed to captivate his audience through Mr Jholay. The Week’s Ashma Chhetri caught up with Tamang for a quick chat.

How did you start your journey in the entertainment business?
I didn’t plan to become an actor. I was a village boy who tried many things to make a decent living. While doing so, I was selected for a street play to be held in my village. Till then, I wasn’t even aware of how acting worked as a career. But I was extremely happy to display my ‘acting skills’ in front of the crowd that had gathered. That was perhaps the first time when I felt that I could probably act for a living.
Then I took acting lesson and quickly realized that it wasn’t going to be an easy ride. I would see other people training really hard and would get all stressed out but even when I messed up my dialogues I would be praised for my performances. And that, you could say, inspired me to practice more and try to do better. It was a long period of struggle but here I am today.

How do you see yourself as a person?
If I were to judge myself, then I would say that I’m a simple and shy man who loves to enjoy the present without troubling myself about what the future holds. I don’t really like to plan things in advance. I prefer to go with the flow because I’m quite a moody person and what I want do now I might not want to do an hour later.

If you had to choose, which would you say has been your favorite role from all the characters that you have portrayed so far?
If I had to choose one of my favorite characters, it would definitely be my role in my debut movie Kabbadi Kabbadi. The character is closest to my heart because I actually got to relive my past days through the role. I was really a carefree guy who spent all his time following people around. So, I feel that the character suited my personality perfectly. Maybe this was one of the reasons why I seemed so at ease while playing the character.
Also the fact that the movie had my favorite actor, Dayahang Rai, in its cast was an added bonus. I really admire him.

As a stage performer, how do you get over the jitters while performing?
Luckily, I haven’t faced any serious problems when I have been on stage till date. Sometimes there are minor difficulties such as technical problems and sometimes people don’t respond to you, but during these times I simply concentrate on my audiences and try improvising my script on stage. I throw new punch lines that I feel will bring the audience’s attention back to me. I also use this trick to get away with mistakes and it works every single time.

What is the biggest lesson you have learnt till date?
I have learnt that maintaining consistency and continuity in whatever you choose to pursue as your career is very important. Like I said earlier, I kept on following different dreams at different points in my life because of which I couldn’t be successful in anything till much later on in life. But when I decided to choose a goal and persevere, it obviously took time but I reached a point where people appreciated me and respected me for my work. The biggest lesson that I have learnt, I would say, is to never give up and work tirelessly. You have to give what you believe in your best possible shot.

Coach Koji confident of making it to final