Main contractor sub-contracts road project for half the cost 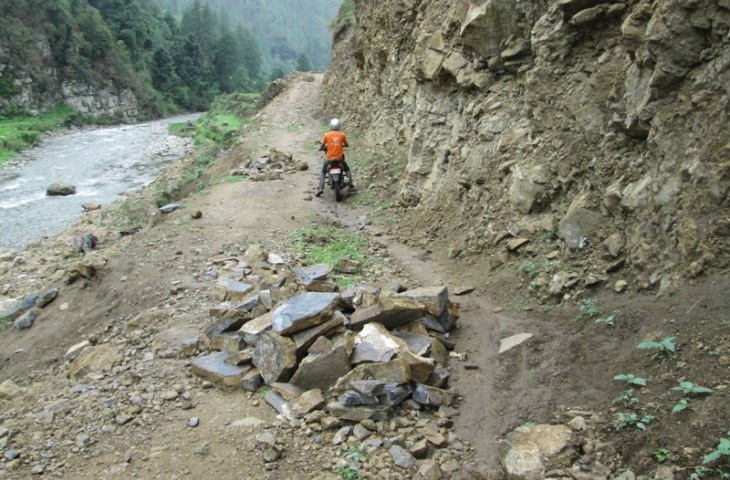 MUGU, July 9: Embezzlement of millions of rupees in a road project in Mugu has come to the fore as the project's sub-contractor has approached the district court against the main contractor after not getting the agreed amount.

Hriyada Singh Nepali of Chhayanath Rara Municipality–4 was awarded the contract for repairing the Jyari-Gamgadhi section of the Gamgahdi–Nagma road project by the main contractor Dhodunga Construction Private Limited for Rs 16.9 million. But after the main contractor did not pay the agreed amount even after the work was completed, Nepali knocked the court's door, seeking an order to the main contractor to release the money.

Then it came to the fore that the private company had actually grabbed the contract for Rs 30.2 million. The Road Division Office had agreed to pay Rs 30.2 million to the main contractor for repairing the road section. The work had begun in fiscal year 2018/19.

Though Nepali's company has claimed to have completed the repair work and has been making rounds of the court for the release of the amount, the road is simply not usable. It is rough and dusty while vehicles hardly ply the road during rains. On the other hand, workers involved in the project have not received their wages, either.

After Nepali approached the court for justice, Judge Gopal Prasad Bastola slapped a fine of half a million rupees on the operator of the main company, Karmanorbel Tamang.

In its ruling, the court has said that the case is very remarkable and needs to be looked upon as a testimony to how development work is carried out in the country. "Not even half the money allocated for the projects is spent and work is done in a pathetic manner. This needs to be a national debate," the court has ruled.

As the main contractor was able to convince the sub-contractor to complete the project for nearly half the amount allocated for the project, the court has raised the question about the remaining amount.  With this, the court has also ordered the construction company to pay both the claimed amount and the fine within 35 days.

However, Tamang has claimed that Nepali was provided the full amount. "It's just that he did not keep the receipts for the payment which invited all the trouble," he has claimed.

"I have given him not just the money but also food. I do not have any liability to Nepali. Though the district court has favored him, I will now go to the appellate court," Tamang said.

KATHMANDU, June 11: Locals have been agitated after the road construction from Chabahil to Thali via Sankhu, started four years... Read More...

Jajarkot, July 23: A drinking water project is to be constructed at Khalanga, the district headquarters of Jajarkot. ... Read More...