Main contractor outsourced work to four others for commissions 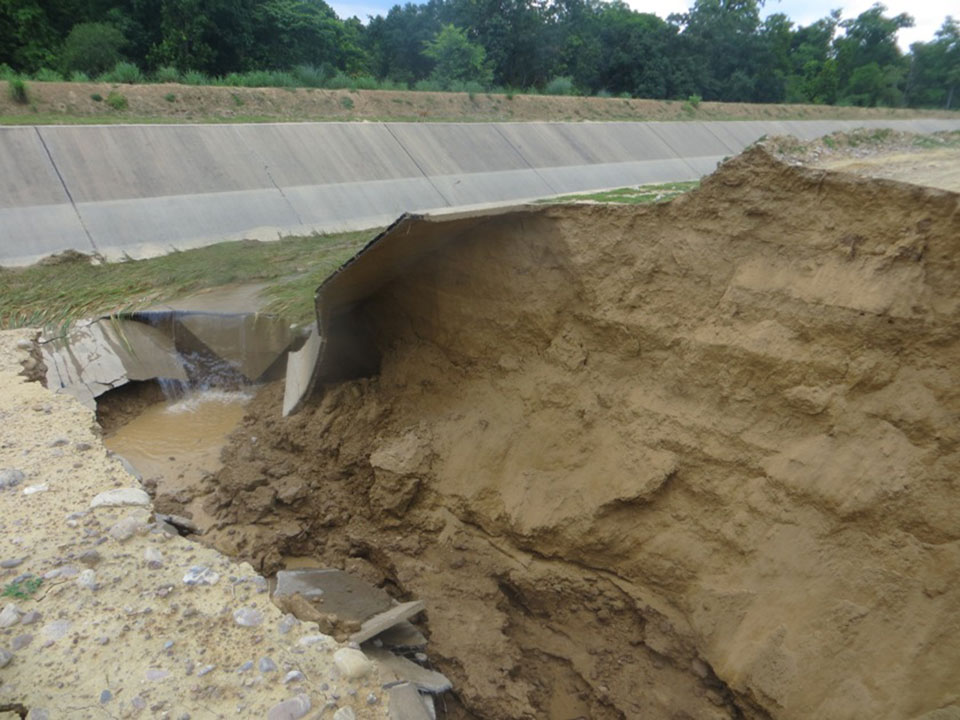 Construction of the Sikta main canal had begun in 2009 and was completed in 2015. Locals said Kalika Construction outsourced most of the work on the main canal in return for hefty commissions. This resulted in shoddy work and the subsequent collapse of the main canal during testing.

“Although only one company is supposed to work on the project, the main contractor outsourced the work to four different companies  for the sake of commissions. This inevitably led to poor quality work and the canal collapsed on multiple occasions during testing,” he said.

While work on the Rs 8 billion Sikta project was ongoing, Kalika also secured the Rs 950 million contract for the Kohalpur-Ranjha road. Locals said the contractor extracted stones and rocks from around the canal site to save costs. They then used the stones on the road project, leaving the soil around the canal structurally weak. Locals suspect this also played a big part in the canal’s structural failure.

“The contractor outsourced Sikta work to those who did not have any  idea even how to build a house,” said Bhim Bahadur Khadka, a local. “We had raised questions back then, but nobody listened.”

An amount of Rs 14.7 billion in taxpayer money has already been spent on the project. Locals have been complaining of large-scale corruption.

An investigation team comprising representatives from the CIAA, energy ministry, and agriculture ministry has been formed to investigate the irregularities.

But the locals said the investigation team has been formed only as a formality and they believe no action would be taken.

Four people arrested with drugs hidden under the ground

Man arrested for raping his daughter-in-law

MORANG, Feb 8: A man has been arrested for allegedly raping his daughter-in-law. ... Read More...

KATHMANDU, Feb 8: Nepal is going to send relief materials and health workers to Turkey, which is devastated by multiple... Read More...