Mahrez pulls the strings as City extend lead at the top 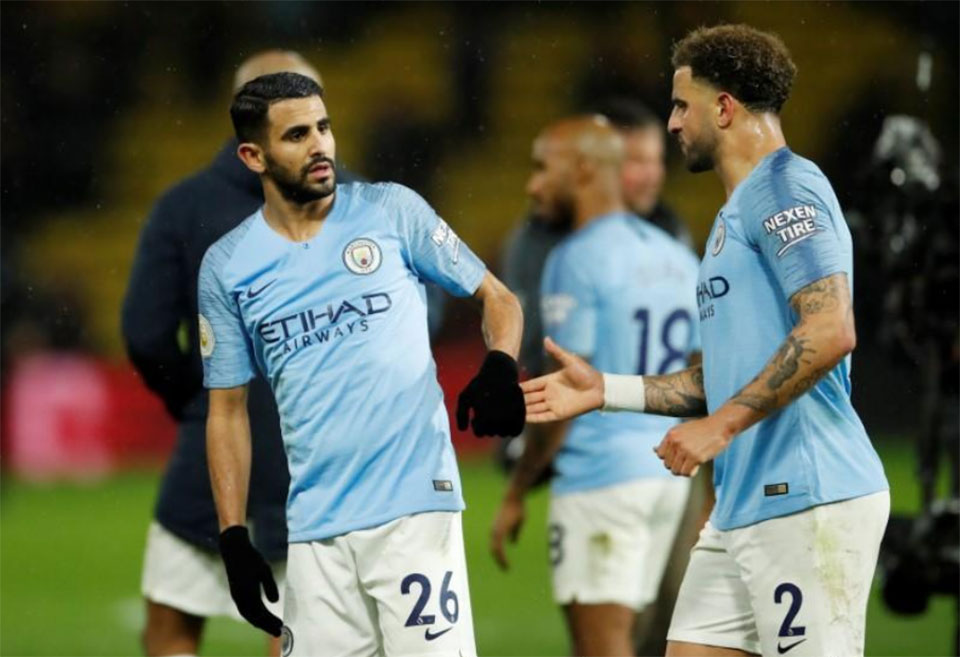 LONDON, Dec 5: Manchester City extended their lead at the top of the Premier League to five points with a hard-fought 2-1 win at Watford thanks to the magic of Riyad Mahrez on Tuesday.

The home side had kept City at bay for most of the first half but Ben Foster’s goal was finally breached five minutes before the break when a cross from Algerian Mahrez was edged past the goalkeeper by the chest of Leroy Sane.

Mahrez scored himself shortly after halftime by firing in with his devastating left foot from the middle of the area.

City were easing to another victory when Abdoulaye Doucoure bundled the ball home after a goal-line scramble five minutes from time to give Pep Guardiola’s side a nervy finish.

Watford, who have not won since October, pressed in vain for an equaliser but suffered their third successive defeat.

“You can never relax in the Premier League, that’s why it is nice,” said Guardiola. “It’s never over at 2-0, you need the third goal. We were much the better side, we deserved to win but you have to kill. In the last few minutes they had chances.

“For five minutes they were better than us. It’s not about breaking records, it’s winning games. You can’t win easily for 38 games, that’s impossible.”

City, still unbeaten in the league this season, lead the standings with 41 points ahead of Liverpool who visit Burnley on Wednesday looking to keep their own undefeated record intact.

Watford boss Javi Gracia was pleased with Watford’s competitive approach to the match despite the defeat.

“We will always fight, that’s our mentality. We competed until the end, I am happy. It’s good for us to compete with City,” he said.

“We knew it was very demanding for us. We have to work hard all game and try and have options at the end. At the end you saw them wasting time, we have been close to getting a result but they are a very good team - they deserved to win.”

Number of people dying of coronavirus in Nepal rises to eight
10 hours ago
Tax rise on electric vehicles will hit govt plan of making country self-reliant in energy use: Lawmakers
12 hours ago
Supreme Court orders govt to provide goods to needy for preventing COVID-19 pandemic
6 hours ago
Hong Kong to evacuate its 330 people stranded in Nepal on Monday: report
7 hours ago