Mahindra to unveil a premium 300cc motorcycle in Nepal 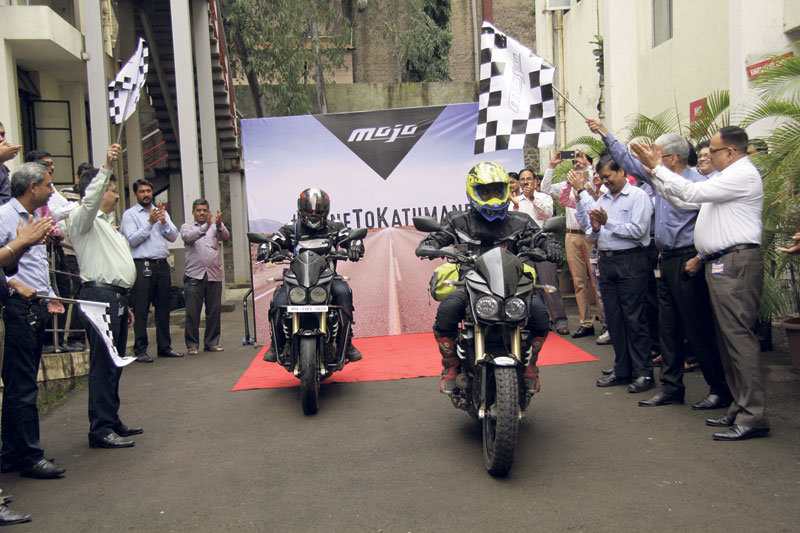 KATHMANDU, Aug 26: Mahindra Two Wheelers Ltd, a part of the $17.8 billion Mahindra Group, has announced that it will be unveiling a new 300cc motorcycle in Nepal.

The motorcycle is a flagship model from Mahindra which 'has a unique and a sharp impactful design, with which Mahindra Two Wheelers aims to create a distinct identity for the premium motorcycle brand in Nepal', it said in a press release issued on Wednesday.

"The bike will be launched in Nepal during the NADA Auto Show 2016 and is set to be the first ever international launch accomplished through the NADA Auto Show," Mahindra Two Wheelers said, adding that seasoned riders and bike-experts Sarath Shenoy and Daniel Derrick would be riding all the way from Pune to Nepal on the bikes after being flagged off by P S Ashok, Senior Vice-President, R & D, on Tuesday.

"They will reach Kathmandu on August 29 after travelling through checkpoints at Indore, Jhansi, Lucknow, Gorakhpur and Narayangadh, thereby covering a total distance of approximately 1,200 km."

The company says that the bike was designed after extensive research into the needs and requirements of new-age motorcycle enthusiasts.

"The bike amalgamates Mahindra's bold predator styling and unparalleled performance along with other factors such as being bold, tough and masculine."