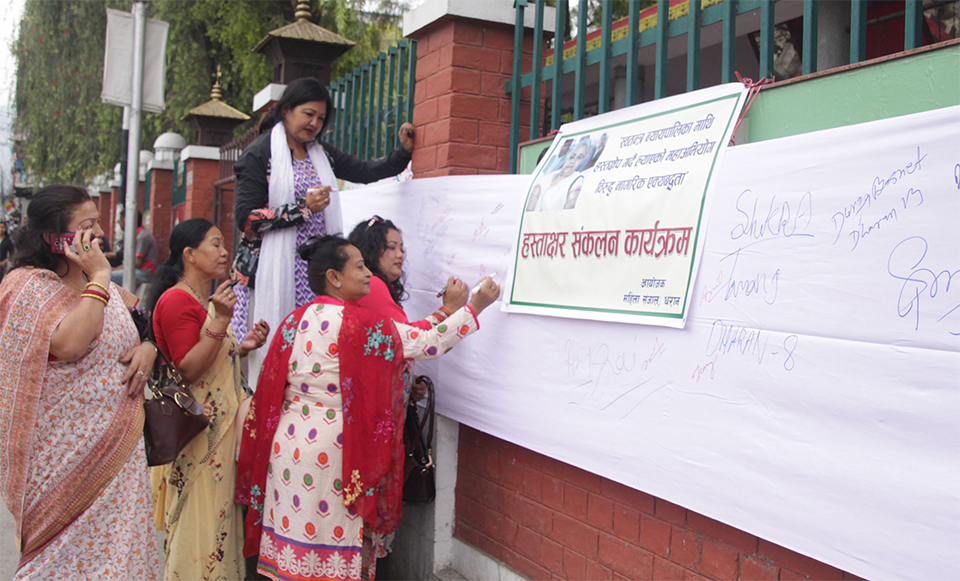 Concluding that filing an impeachment motion against CJ Karki is a blatant intervention in the independent Judiciary, the Mahila Sanjal launched the signature campaign at Bhanu Chwok in Dharan today.

“Filing an impeachment motion against CJ Sushila Karki, the first woman chief justice in the judicial history in Nepal, for not working as per the interest of the parties is  a sheer ‘violence against women,” reads the press release issued by the Sanjal.

The Sanjal is the umbrella organization of over three dozen associations in Dharan Municipality.

According to the Sanjal, the collected signatures will be submitted to the government through the District Administration Office, Sunsari.

Karki has been suspended after 249 lawmakers from Nepali Congress and CPN (Maoist Center) filed impeachment motion against her on April 30.

Liquidity crisis in cooperatives: Only 5 percent can be withdrawn at a time
59 minutes ago

Women in drug trafficking
1 hour ago