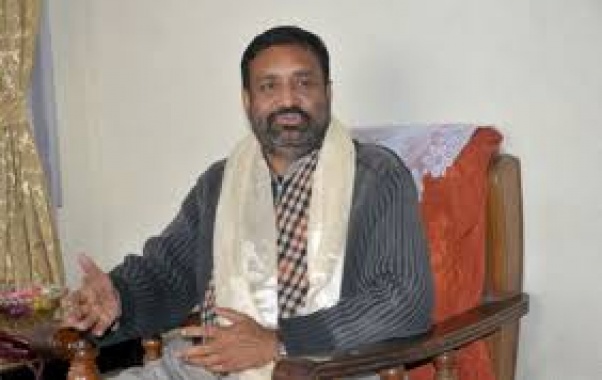 KATHMANDU, Nov 29: Arguing that unreasonable demands from the Rastriya Janata Party Nepal (RJPN) and Federal Socialist Forum Nepal (FSFN) had made an electoral alliance impossible, senior Nepali Congress (NC) leader Bimalendra Nidhi has said that he is least bothered about the candidacy of RJPN leader Rajendra Mahato from his Dhanusha constituency.

Although RJPN has fielded its senior leader Mahato against Nidhi, 'violating' the agreement to support each other's senior leaders, Nidhi said Mahato's candidacy won't affect his poll prospects. “I'm not worried about the elections. This should be their worry instead. I am confident that the people have confidence in me,” he said.  NC has extended support to FSFN Chairman Upendra Yadav in Saptari and RJPN Chairman Mahantha Thakur in his constituency in Mahottari.

Nidhi said that he had received the support of former lawmaker of Sadbhawana Party, Sanjaya Sah, who is also said to have good political clout in his constituency. Sah is currently serving jail term in a bomb explosion case at Ramananda Chowk in Janakpur. “There is no possibility of somebody who is new to this constituency of harming my poll prospects,” he said, hinting at the candidacy of Mahato, who left his constituency in Sarlahi to contest from Dhanusha-3, Nidhi's traditional constituency.

Nidhi said that they could not forge an electoral alliance with the Madhes-based Federal Socialist Forum Nepal (FSFN) and RJPN as they put forth unreasonable demands regarding the distribution of constituencies. “I am the one who helped establish their agenda and facilitated meeting their demands. Although Mahato's candidacy against me was not expected, I am least bothered about it,” he further said.

Nidhi, who was admitted to a hospital in the capital after he was diagnosed with pneumonia, is scheduled to fly back to Janakpur on Wednesday to expedite his election campaign. He was discharged on Monday.

Speaking on the occasion, Nidhi, who is also seen as the candidate of the party's vice president, said the successful conclusion of the first phase of parliamentary and provincial assembly polls had marked the big step towards implementing the new constitution. He also said that the recent elections had proved that Nepali political leaders were capable of resolving conflicts, manage transitional period and eventually drive the country towards peace and prosperity on their own.