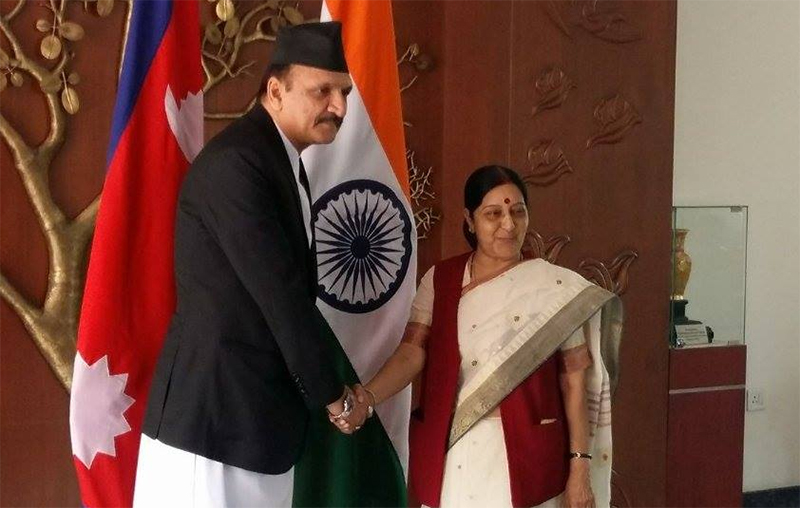 Minister Mahat apprised his India counterpart on the agenda of Prime Minister Pushpa Kamal Dahal's upcoming India visit, according to a source.

PM Dahal is embarking on an India visit on September 14.

In the program organized at the Indian Habitat Center, Dr Mahat mentioned that there has always been an important role of India in Nepal's democratic movement.

"India has always extended its support to the movements for democracy in Nepal," Dr Mahat said, "The upcoming India visit by Prime Minister Pushpa kamal Dahal will further consolidate the bilateral relationship between the two countries. I have come to India at the invitation of Indian External Affairs Minister Sushma Swaraj to prepare for PM Dahal's upcoming visit.

Speaking at the program, General Secretary of National Congress Party, DP Tripathi said that the entire South Asia should learn from the exercise of internal democracy by Nepal's parties.

Dr Mahat answered the queries raised during the program.

KATHMANDU, March, 22: Minister for Foreign Affairs Dr. Prakash Sharan Mahat has said that no agreements would be made during... Read More...