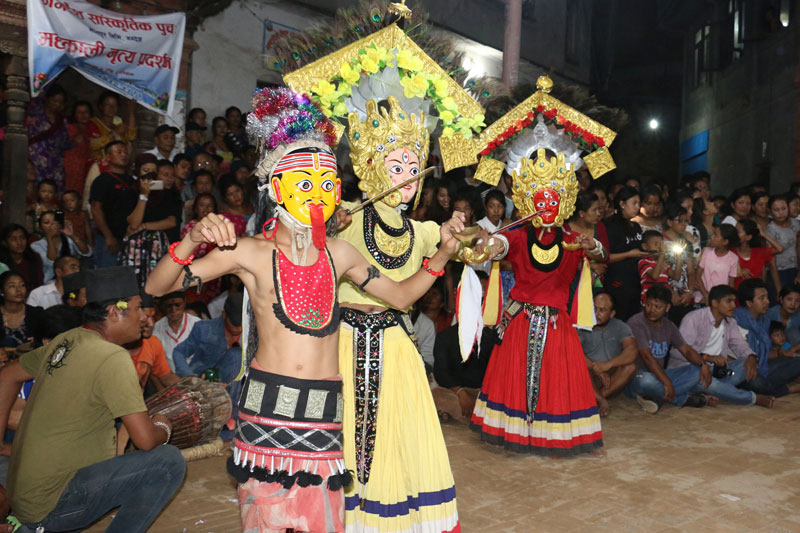 BHAKTAPUR, Aug 21: The traditional Mahakali Nach (a religious dance) that dates back to 300 years BC has resumed after a gap of seven years.

Although the dance halted previously for want of budget to make necessary arrangements, the local youths have come to its rescue and resumed it with donations collected from the local people.

The traditional dance, which starts from the following day of the Gaijatra festival day and continues for consecutive four nights, is being marked at various places of Bhaktapur including Nagadesh.

It is believed that the holding of the traditional dance will ward off evil spells of ghosts and prevent the occurrence of natural disasters like earthquake and lightning.

The dance that starts at around 7:00 pm and continues until mid-night, is participated in by people ranging from children to adults of up to 35 years of old, said Secretary of the Nagadhesh Cultural Pucha Binod Koju.

It costs around Rs 1 million to organize the event. During the dance, eight chickens and two goats will be slaughtered to sacrifice, said Krishna Lal Ghaju of the Mahakaligana Nach Management Committee.

ACHHAM, May 25: A test flight was successfully conducted at Sanfebagar Airport in Accham that was closed for the past... Read More...