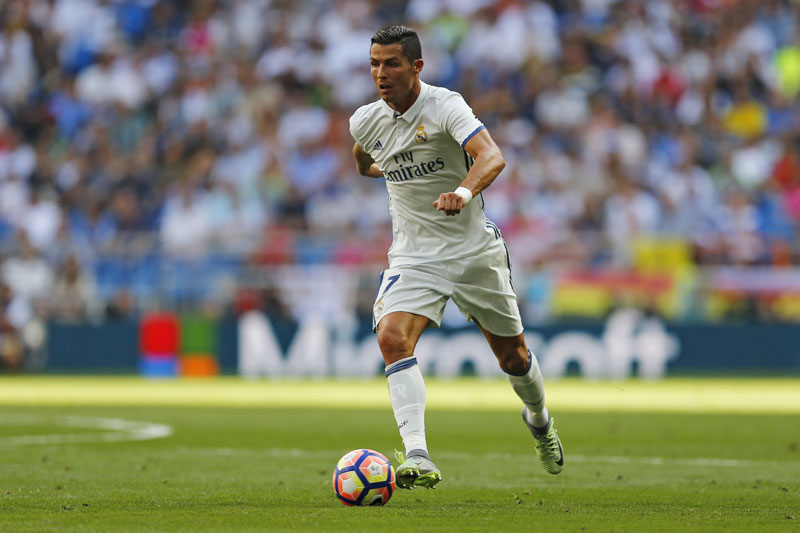 MADRID, Sept 13: Real Madrid is relying on the successful formula of a year ago as it attempts to become the first team to win back-to-back Champions League titles, betting on the same stars who triumphed last season.

Confident that it already has what it takes to repeat as champion, Madrid bypassed high-profile signings after clinching its 11th European trophy last year, limiting its moves to players not in the starting lineup entering the new season.

Madrid's only significant addition ahead of its Champions League debut against Sporting Lisbon on Wednesday was young forward Alvaro Morata, who spent two seasons with Juventus and played for Spain at Euro 2016. It also brought back Marco Asensio from his loan at Espanyol, a midfielder who has been playing well and also made it to Spain's national team. Several players left, including Jese Rodriguez to Paris Saint-Germain, but none who had been playing regularly among the starters.

There should be no major changes to the starting lineup from the team that defeated Atletico Madrid in a penalty shootout in last season's final.

"We're in very good shape ahead of the Champions League. We've got many players who are back and available and that's key," midfielder Luka Modric said. "We've got an impressive squad. In every position we've got two or three players and we're very happy with that."

Many of Madrid's title rivals added new players, but Madrid president Florentino Perez and coach Zinedine Zidane didn't feel the need to go shopping for more top players even though a one-year signing ban from FIFA was looming for breaking rules protecting underage players. The ban went into effect after this summer's transfer window.

The squad again will be led by the likes of Sergio Ramos, Marcelo, Luka Modric, Gareth Bale, Karim Benzema and Cristiano Ronaldo.

"The team is looking good and solid," Ronaldo said after Madrid routed Osasuna 5-2 in the Spanish league on Saturday. "We've started well and I hope we can continue to do well."

Madrid started the new season on the right foot, winning the UEFA Super Cup and its first three Spanish league games to take the early lead in the competition it hasn't won since 2012.

"There are a lot of games coming up and we've got very good strength in depth and good players," Zidane said. "We'll be looking to continue this good run."

Madrid was drawn into Group F in this year's Champions League, which also has Borussia Dortmund and Legia Warsaw.

Only four teams ever made it back to the Champions League final a year after winning the title: Milan in 1995, Ajax in 1996, Juventus in 1997 and Manchester United in 2009.

I have told Deuba that I will become the first PM of the new government: Dahal
30 minutes ago