Madi in darkness since past week 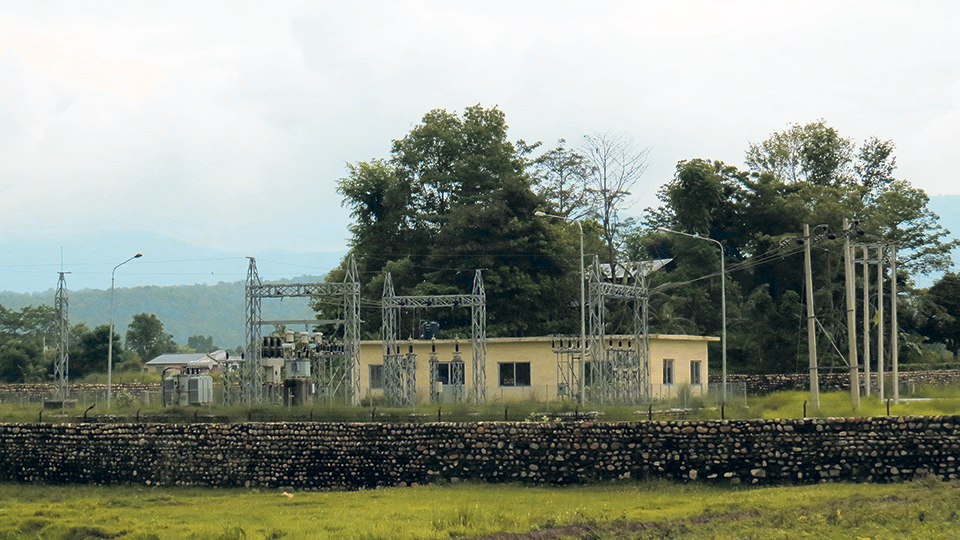 There is no power supply in Madi Municipality since the last week. This is the third time there has been power cut in the town so far this fiscal year. Technicians point out that power would not be generated until tools are brought from Delhi and the machines repaired. Earlier when similar problem was noticed, people had faced power cut for weeks. People lament that very regular power cut has paralyzed their life.
“This time we were hopeful of receiving the required tools early. But it’s taking time. May be we could get it by tomorrow,” said Thakur Prasad Dhakal, mayor of the municipality. “We have to do something about it. People are in great tension,” he added.
Recurring of the power problem, as general people understand it, is due to underground wires that pass through the Chitwan National Park. According to Dhakal, it has not been identified where the wires are not working. Until that is identified such problem is likely to keep recurring.
According to Dhakal, instrument that can detect such problems is not in Nepal. “It is called fault locater. And it has to be brought from Delhi. We have to rely on them as it is not available in Nepal,” he said.
Locals lamented that the administration has not taken the matter seriously. Or else, power cut for over weeks is something that cannot be tolerated. “We are in a serious problem. There is no power supply since a week now. Earlier, we had no power for over three weeks. This is happening again and again,” said Suraj Thapa, a local of Madi. He added that people’s daily life has been hard hit in lack of power supply.
Thapa opined that the concerned authorities should have found permanent fixes for the problem during the earlier crisis. “Citing that there is no instrument for repairing things is a lame excuse. It is a huge negligence. They were supposed to figure out a permanent solution during the last power outage itself,” he said.
Last time, after fault locater was brought from Delhi and faulty wire was replaced by the new one, power supply was restored. On the occasion, locals had demanded that the tool be kept here so that they won’t have to face such hassles again in the future, Thapa said. “But they did not listen to us. And now in lack of it we are forced live in dark,” he lamented.
Wires were laid underneath Chitwan National Park to protect the wildlife. There is eight kilometers long ‘wire-way’ through the park with seven major joints. Technicians state that faults often recur at those points. But at times fault occurs in wires, which makes it more difficult to detect.
Following the installation of the substation at Madi four years ago, additional localities had received power. However, due to several reasons, power supply remains disturbed time and again.
Ram Dular Yadav, Chief of Bharatpur Distribution Line of Nepal Electricity Authority, conceded that are some technical problems in power supply lines but lamented lack fo necessary tools to find and fix them. “We have to rely on another country for equipments to resolve the problem that are present in the power line and it takes time to bring them,” he said.
Power project was initiated in Madi a decade ago. But it took years to actually supply power to people. And when the substation was installed, it has time and again stopped working.
Yadav stated that they are considering to purchase all the necessary instruments so that power could be supplied uninterrupted. No matter how much it costs, ‘it is very essential to have it in hand’, he said. “We cannot afford to go on like this. Thousands of households and industries are being affected. There is much public pressure,” he stated. “We have been discussing it and we might purchase all the equipments soon,” he added.
However some residents question if buying the instruments is a better approach. “We do not think this would be a permanent solution. Rather we must look for another option that will ensure stable power supply. If possible the electricity should be brought pole wires instead of underground cables. And if that’s not possible, then the underground cables should be replaced completely, Dhakal, the mayor, said.

KALIKOT, Aug 8: A massive landslide that occurred near Manma, the district headquarters of Kalikot, has brought transportation along the Karnali... Read More...