Madhesi parties to join govt if redrawing of boundaries promised 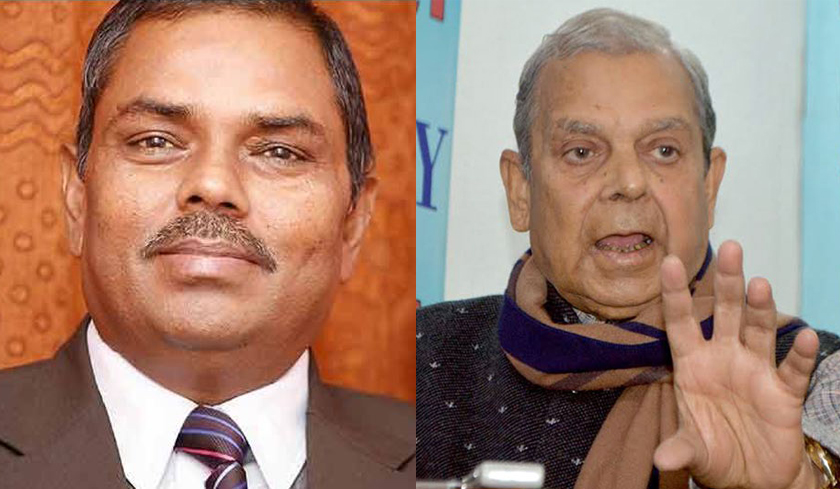 KATHMANDU, Jan 26: The Madhes-based parties will join the government if Prime Minister KP Sharma Oli's government agreed to form a federal commission to redraw the provincial boundaries, leaders of the Tarai-centric parties said on Sunday.

Their remarks come at a time when PM Oli and his team are exploring the possibility of bringing the Rastriya Janata Party Nepal (RJPN) and Federal Socialist Forum Nepal (FSFN) on board the government. The UML and CPN (Maoist Center), despite holding a nearly two-thirds seat in the federal parliament, appear eager to bring the Madhesi parties on board hoping for political stability. The two sides have already held rounds of talks at various levels without concrete outcomes.

RJPN and FSFN, the fourth and fifth largest parties in parliament, have, at least technically, accepted the constitution but have long maintained that some provisions of the constitution have to be revised for wider acceptability.

FSFN leaders in negotiation with the left alliance said that the ball was now in the court of the government, arguing that they have sought a clear commitment to amend the constitution in line with the aspiration of the Madhesi constituencies.

"We started talks after they said these things can be negotiated. If they agree to revise the constitution, we are positive about taking part in the government. Things will depend on how they will respond to our proposal," said FSFN leader Ram Sahaya Prasad Yadav.

Leaders who were engaged in talks with the left parties said that the government should now form a federal commission in order to redraw the federal boundaries.

"An independent commission should be formed to settle the row over boundaries. The federal boundaries can be redrawn based on its recommendations," FSFN Co-Chair Rajendra Shrestha said when asked which particular provisions in the constitution should be amended.

During the talks held with the left leaders in the past three weeks, the Madhes-based parties had sought the government's views on constitution amendment. But they have not clearly stated what specific provisions should be amended.

"What we are seeking right now is a commitment. The details could be sorted out based on consensus," said Shrestha.

In a meeting held with the Madhes-based parties on Wednesday, leaders of the ruling alliance had agreed to give their views on constitution amendment on Friday. But they are yet to reach out to the Tarai-centric parties with a clear view on the issue.

RJPN leader Rajendra Mahato, who is holding parallel talks with left leaders, said that his party was seeking prior commitment for amendment and added that there would be further talks. He claimed that informal talks have so far headed toward a positive direction.
"We want the government's position on the amendment before entering the details," Mahato said last week.

KATHMANDU, May 10: Fringe Madhesi and Janajati parties have accused the governing CPN (Maoist Center) and Nepali Congress of not abiding... Read More...

KATHMANDU, Nov 28: Leaders of the Madhes-based parties have said that seeking their commitments for participation in the elections prior to... Read More...