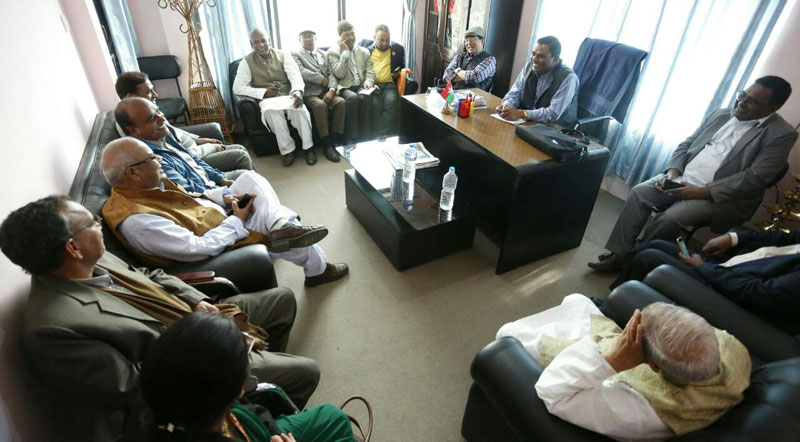 KATHMANDU, March 7: The United Democratic Madhesi Front (UDMF) has given a seven-day ultimatum to the government to address all its demands related to the constitution amendment.

The UDMF meeting held on Tuesday at the central office of the Federal Socialist Forum Nepal took a decision to withdraw their support to the government if their demands were not addressed in the next seven days.

According to Sadbhavana Party General Secretary Manish Suman, Prime Minister Pushpa Kamal Dahal made telephone calls to FSFN Chairman Upendra Yadav, Tarai Madhes Democratic Party Chair Mahantha Thakur and Sadbhavana Party Chairperson Rajendra Mahato and urged them not to take any decision in hurry and assured the leaders that the government is serious toward addressing their demands.  Following the telephone conversation, the UDMF also decided to give the seven-day ultimatum to the prime minister.

The alliance also urged the government to provide reparation to the families of the deceased and make necessary arrangements for the treatment of the injured. Three UDMF cadres were killed and several others injured on Monday when police opened fire at the demonstrators in Maleth, Saptari.

The police had opened fire in Maleth, Saptari on Monday claiming they opened fire to preempt clashes between the UDMF and CPN-UML cadres.

The UDMF also decided to hold mass meetings through out the country on Thursday and declared general strikes on Friday.