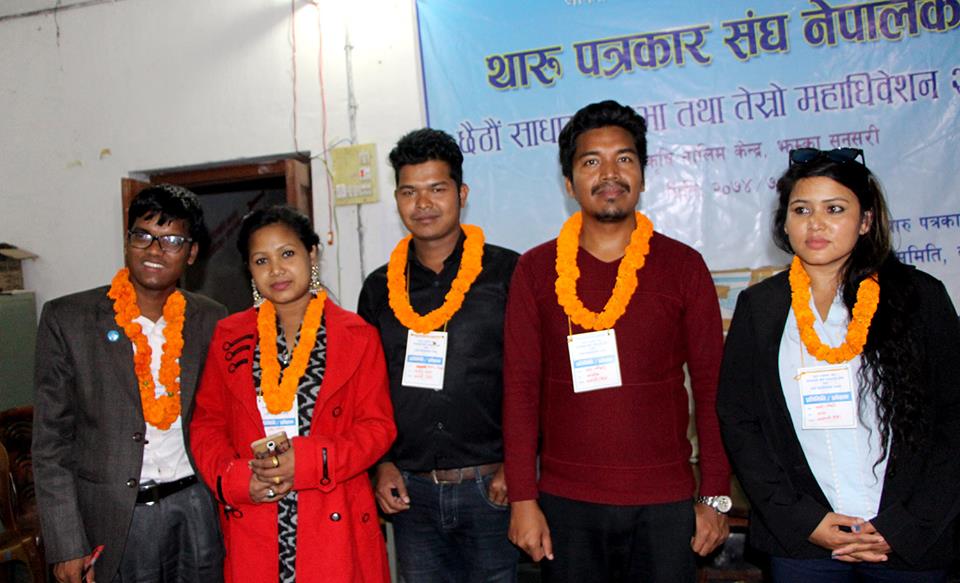 SUNSARI,Nov 6:  Madan Chaudhary has been  elected as the new president  of Tharu Journalist Association Nepal on Sunday. The election was held at Jhumka where Chaudhary defeated his opponnent Pradip Lekhi by 36 votes  out of total 50 votes. Lekhi collected 14 votes.

Addressing the conference after being elected as the new president, Chaudhary said," this victory belongs to all Tharu jornalists and the time has come for them to get united.

“We are exercising democratic process, no one is defeated, everyone has won.Thus, we must be united and work together for the empowerment of Tharu journalists.”

Man beaten to death in Dhanusha
22 minutes ago