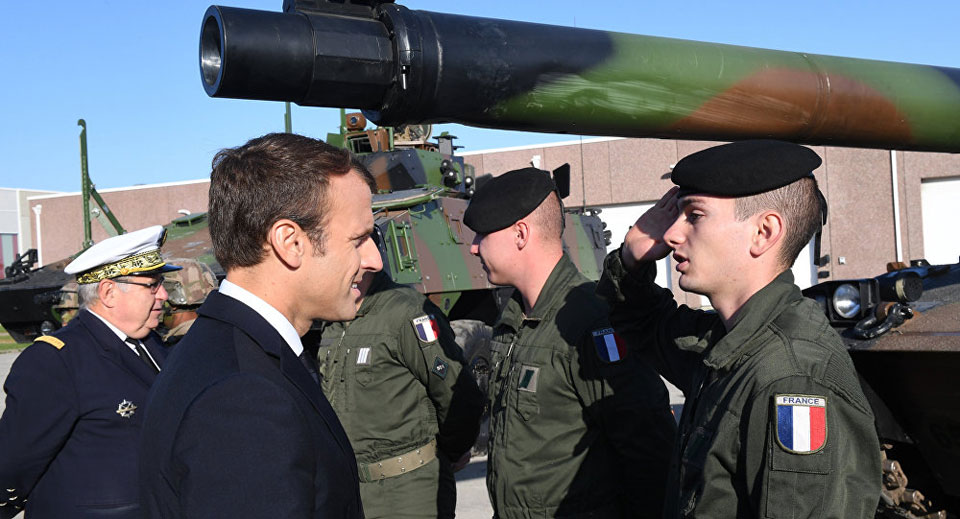 FRANCE, June 28: When Emmanuel Macron first touched upon the idea during his 2017 campaign, the project appeared to be more directed at youth aged 18-21 gaining a "direct experience of military life."

In a bid to promote national pride and enhance a sense of civic duty, the French authorities have put forward a plan to reinstate compulsory service for all 16-year-old girls and boys, with the program to be divided into two phases, the BBC reported. The first one is being devised as a mandatory one-month placement with an emphasis on civic culture to "enable young people to create new relationships" as well as "develop their role in society."

The project, which was first floated as Emmanuel Macron was campaigning for the presidency, presupposes charity work, police instruction, fire service or the army. In the second phase, which may last from three months to a year, teenagers may voluntarily choose to complete their work “in an area linked to defense or security,” namely pursue volunteer projects in heritage, social care or the environment.

The project, due to involve 700,000 participants by 2026, is estimated to cost the Treasury around $1.8 billion yearly, with the state expected to initially inject $2.5 billion in investments into it.

France scrapped post-war conscription in 1997, when Macron was 18 years old, making him the first French president not to have fulfilled military service.

The French public appears to be divided over draft issues. According to a YouGov poll, 60 percent of the nation lauds compulsory military service, but, according to the BBC, the number dips below half when young people have their say. Previously, 14 youth organizations spoke out against the plan before it was introduced citing its multiple “inconsistencies” saying it deprived young people of the freedom of choice with regard to their would-be occupation.

To date, about 26 countries have made military service compulsory, including Turkey, Cyprus, Greece, Norway, Austria, Egypt, Brazil, and Israel among others. Some of them, like Israel, Norway, North Korea and Bolivia also require women along with men to enlist for military service.

French President-elect Macron gears up for challenges ahead

PARIS, May 8: French President-elect Emmanuel Macron laid the groundwork Monday for his transition to power, announcing a visit to Germany... Read More...