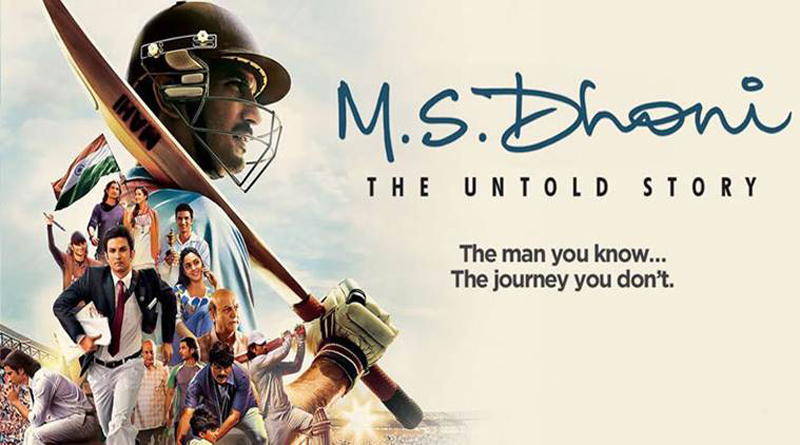 MUMBAI, Oct 3: You don’t have to understand cricket to enjoy a good cricket movie. “Lagaan” (2001), whose centerpiece was a rousing match of underdog (Indian) versus overdog (British colonials), got the heart pounding, even if you couldn’t follow all the ins and outs of the game. It was the rare Bollywood movie to reach across the aisle, as it were, attracting moviegoers beyond the faithful.

To warm to the biopic “M. S. Dhoni: The Untold Story,” you probably do have to be a cricket fan, and an indulgent one at that. Long (180 minutes) and languid, it takes you through the life of Mahendra Singh Dhoni, the unflappable captain of the Indian cricket team that won the 2011 World Cup.

Dhoni (Sushant Singh Rajput), as presented here, is a natural athlete — cricket wasn’t even his sport of choice as a boy — a nice guy and, in the end, something like a national hero. He meets setbacks with a pause (a kind of timeout) and a hard-to-read smile. Then he goes on. What makes him tick? That remains the untold story.

The movie, written and directed by Neeraj Pandey, is not hagiographic or overly obvious. Instead, it’s something of a quiet muddle, with too many squandered or dramatically blurry scenes. (Even the song montages are wasted; in one we see three versions of the same action, as if the editor ran out of ideas or footage.)

Mr. Pandey gets a bit of help from his star: Mr. Rajput lends Dhoni a poker-faced charisma and manages to convey some vague determination. But vague determination does not a hero make. I learned more about Mr. Dhoni — his enigmatic character and what marked him as a great captain — by reading about him after watching this movie than I did during three long hours.

“M.S. Dhoni: The Untold Story” is not rated.

Chennai Super Kings were clinical with the bat and ball as the table-toppers defeated bottom-placed Delhi Daredevils in Indian Premier... Read More...

KATHMANDU, Nov 16: The decade-long armed struggle between the government and rebel forces resulted in a colossal loss of lives as... Read More...