Lyon lose ground on leaders PSG after draw with Bordeaux 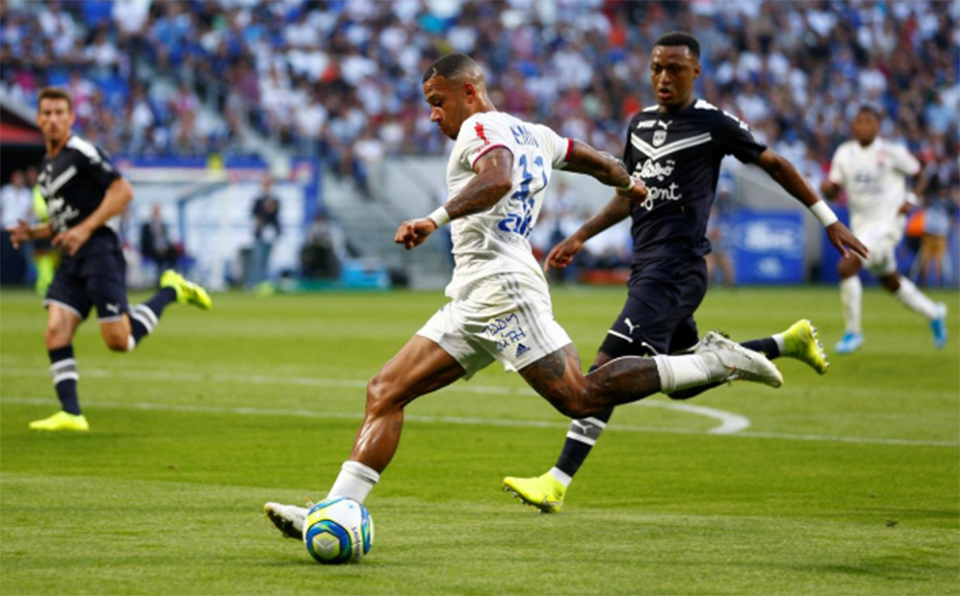 Having lost 1-0 to Montpellier last time out, Lyon went in front in the first half through Memphis Depay — the Dutchman’s fourth goal of the season.

However, the hosts’ task was made all the more difficult when Thiago Mendes was sent off after a second booking — Lyon’s second red card in as many matches.

Lyon, who have seven points from four games, could not hold out with 10 men as Jimmy Briand equalised in the 67th minute, with the visitors then missing several chances to snatch the win.

“The sending off of Thiago Mendes penalised us,” Lyon coach Sylvinho said. “It seemed to me that it was an exaggerated (fall).

“I am sad about the result and the sending off.”

Angers — hammered 6-0 by Lyon two weeks ago — coasted to their third win of the season with a 2-0 victory over Dijon to move up to third in the standings, level on points with leaders PSG.

Ngonda Muzinga scored an own goal early in the second half to give the home side the lead, before Farid El Melali made sure of the win in the 71st minute. The result allowed Angers to leapfrog Lyon on the standings.

A late winner from Abdoulaye Toure gave Nantes their second victory of the season as they edged a tight clash with Montpellier 1-0.

Toulouse continued their fine start to the season with a 2-0 win over Amiens, while Nimes beat Brest 3-0.

Tottenham Hotspur's Europa League hopes were crushed by mid-table Belgian side Gent, who booked their spot in the last 16... Read More...