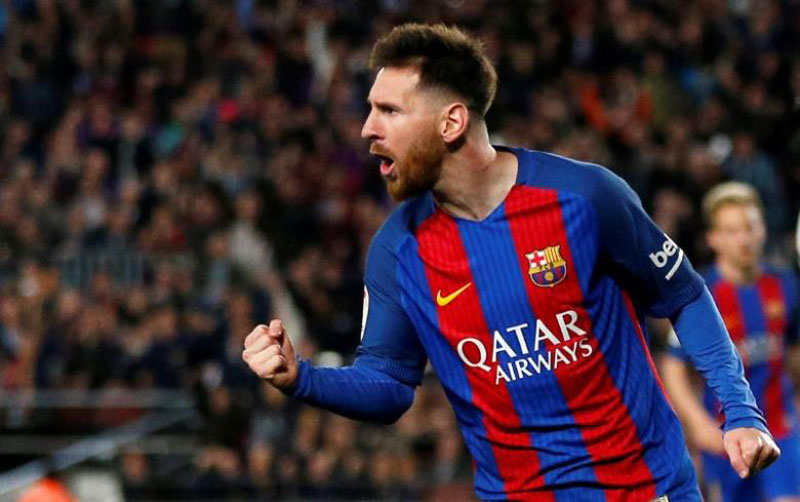 Barcelona coach Luis Enrique paid tribute to talisman Lionel Messi on Sunday after the Argentine scored twice in a 4-2 win over Valencia to rack up at least 40 goals in all competitions for the eighth year in a row.

Messi put Barca 2-1 up just before halftime from the penalty spot and then latched onto a pass from compatriot Javier Mascherano to slam the ball beyond Diego Alves' near post and hit his 25th league goal of the campaign.

In addition, he has scored 11 times in the Champions League, four in the King's Cup and one in the Spanish Super Cup - with his tally currently standing at 41.

Messi first scored 40 goals in a single campaign in the 2009/10 season and has repeated that feat every season since.

"It's amazing, he's broken every record and will continue to break more," Luis Enrique told reporters.

"How marvellous it is to enjoy Messi, no-one can touch his numbers, it's impossible for anyone to do what he has done apart from him. We'll miss him when he's gone."

Messi made his Barca debut in 2004 and became the club's all-time top scorer in 2012 against Granada, overtaking Spaniard Cesar Rodriguez, and in 2014 surpassed the late Telmo Zarra as the top marksman in La Liga by scoring a hat-trick against Sevilla.

"He is the best of all time and we've gotten used to him doing this," said Messi's team mate Gerard Pique.

"He has made it seem normal but we know how difficult it is and when he stops playing it'll be very difficult for anyone to surpass those numbers. We just need to enjoy the years we have left with him."

BARCELONA, Nov 26: Barcelona coach Luis Enrique urged his side to forget about their miserable recent record at Real Sociedad as... Read More...

Lionel Messi should have got all Ballon d’Or since 2009, feels Gerard Pique