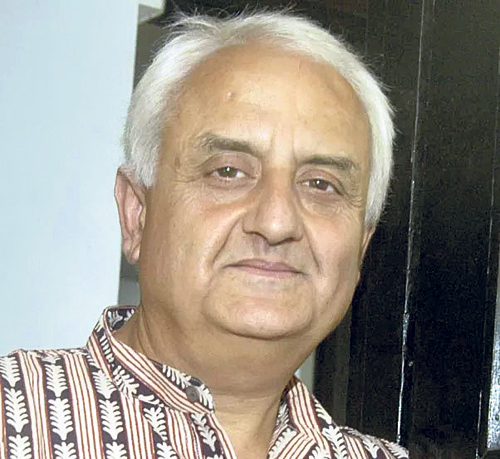 KATHMANDU, Aug 4: The Supreme Court on Wednesday issued an interim order to the District Land Reform Office, Lalitpur and the Department of Revenue Investigation, not to take any action in cases related to the properties of Kanak Mani Dixit, the noted journalist and chairman of Sajha Yatayat.

Responding to a writ petition filed by Dixit, the single bench of Justice Hari Krishna Karki summoned all  eight defendants for the next hearing on the petition, to discuss whether the interim order should be continued or not.

Dixit on Tuesday had filed the writ petition claiming that the Land Reform Office (LRO) had started the process of confiscating land owned by his family, accusing him of possessing land in excess of the government-set ceiling, and that LRO had acted as per biased directives issued by the Commission for Investigation of Abuse of Authority (CIAA). Likewise, he also claimed that the Department of Revenue Investigation (DRI) has been investigating his bank accounts in foreign banks.

When the hearings on Dixit’s petition was ongoing at the Supreme Court, District Land Reform Office, Lalitpur on Wednesday decided to seize 18 ropanis of land owned by the Dixit family.

Issuing a press release, Dixit has condemned the LRO move and claimed that this amounts to contempt of court. He said that he will seek legal remedy over the ill-intentioned decision of LRO regarding land owned by his family and the Madan Puraskar Pustakalaya.

Dixit has claimed that the latest move by the LRO is based on the decision of the CIAA.

Dixit has been claiming that the CIAA action against him is motivated by vengeance since he had protested against the appointment of Lokman Singh Karki as CIAA chief. Dixit was arrested by the CIAA on April 22 on the charge of amassing property through illegal means. He was later released following a Supreme Court order.