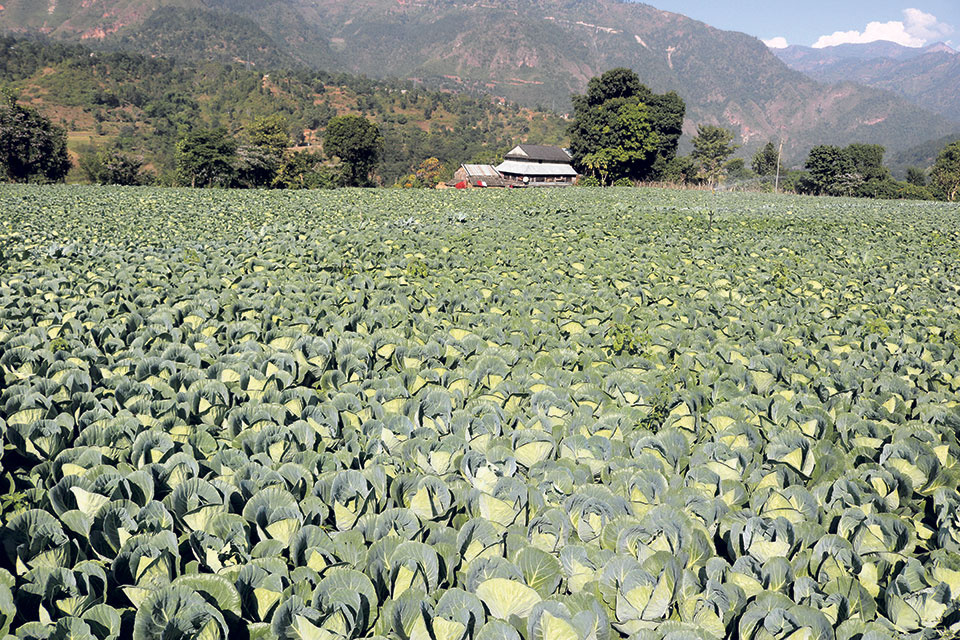 Increasing industrialization and development of settlements in areas like Jivanpur, Naubise, Chhatre Deurali, Thakre, Goganpani, Dhusha, Nalang and Salang, which were considered pocket areas for vegetables production, is one of the reasons behind drop in vegetables production, according to Keshav Devkota, a senior agricultural development officer with District Agriculture Development Office (DADO) Dhading.

In recent times, brick kilns and other factories are being set up in vegetable pocket areas like Jivanpur and Naubise of Dhunibesi Municipality. It has affected vegetables production as well as price of these farm produce in the market, according to Devkota.

Vegetable prices have increased by as much as 100 percent over the past two weeks. Price of vegetables like potato, cauliflower and tomato, have doubled in past two weeks.

Local farmers have been supplying vegetables produced in Dhading to markets in Kalimati and Balkhu of Kathmandu as well as in Pokhara and Chitwan.

The district has been supplying 10 to 15 tons of vegetables to markets in Kalimati and Balkhu every day through a vegetable collection center in Dharke.

“Price has increased this season mainly due to low production,” Pramod Koirala, a vegetables trader, said.

Farmers are selling cauliflower, green beans, spring onion, and mustard leaf to traders at Rs 60, Rs 70, Rs 80 and Rs 30 per kg, respectively, from the farm itself.

Farmers complain that their income from vegetables farming is not sufficient for their livelihood. Saying that middlemen were making huge profit without spending a penny, they urged the government to eradicate middlemen and help them get good price for their farm produce.
Altogether 11 agricultural cooperatives are active in Dhading district. These cooperatives collect vegetables brought by farmers and send them to markets.

Though the government has announced host of incentives to promote farm commercialization, including subsidized agro loans, local youths seem uninterested to make farming their career.

Coronavirus: 'The Batman' shuts down production

Amid growing concerns over coronavirus outbreak, Warner Bros. has announced that production for 'The Batman' will shut down for two... Read More...

SINDHUPALCHOWK, April 2: Milk production in Sindhupalchowk district, which had fallen drastically after the 2015 earthquakes, has reached to the pre-quake... Read More...

KATHMANDU, June 6: Actress Richa Sharma is now introducing herself as producer in Nepali movie industry. As a producer, her... Read More...