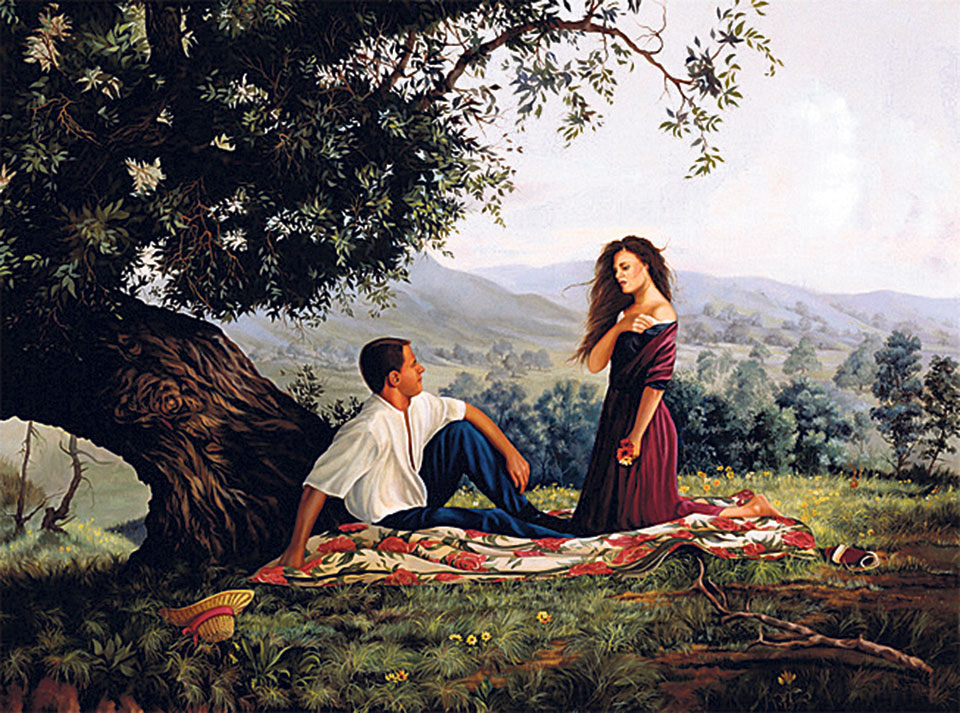 Our tongue is unreasonably allured to sweet things. But we cannot do without bitterness. Most life saving medicines taste bitter. Most indigenous communities proudly include pickles made of bitter gourds in special dishes. The bitter shrub (pati) is considered auspicious and widely used for worship.  Most expensive parties include bitter drinks. To the drinkers, bitter is the new sweet.

The experiences of the sugarcane farmers in the plains go bitter every year during the sugarcane harvesting season. They are always aggrieved for being compelled to sell their sugarcane produces at much lower prices than they deserve to the brokers, vendors and sugar mill owners.

The hill farmers have an exuberant experience since they undertake subsistence sugarcane farming, not commercial. They grow sugarcanes in limited quantity, harvest them, squeeze their juice in a wooden contraption (kol), and boil it thick to molasses (khudo) in a raseto (fireplace) to be used to make sweet dishes during the festivals. The raseto tradition represents the best of country life although it has lost much of its charm nowadays.

Raseto revives cordiality and connectedness among the neighbors in the hills. The grown-up men (in line with the most patriarchal proclivities) enthusiastically participate in the event, which takes place in every household that grows sugarcane. The fireplace is made at the most convenient corner of the yard meant to accommodate most number of people possible to huddle and jostle to warm them in the chilly winter evening and into the night depending on the quantity of the juice.

Love for men and women
The language of the men grows louder and probably more salacious as the sugarcane juice boils and grows thicker in the big deep cauldron. Some scraped ginger root slices are boiled in the sugarcane juice from the begging till the end. That is how ginger root slices go sexy sweet in the villages, some of which are shared with children and people in the neighborhood.

Some sugarcane sticks are heated in the fire and struck against the hard rock to explode. The sound punctuates the serenity of the night and senior citizens’ sleep. The local insomniacs have a reason to rejoice. The participating men suck the juice out of the warm morsels of the exploded sugarcane while their spouses eagerly wait for their return with offers of utmost sensual pleasures during their impending intimate moments.

The testosterone hormone peaks among men and women upon consumption of sugary products or sweets. The surge in the level of testosterone and estrogen hormones makes them more active, playful and thus more likely to derive mutually satisfying sexual encounters.

The molasses are the go to sweeteners for farmers in the hills unless they have access to honey. Bheli (jaggery) and beaten rice go to snacks for the farmers in the plains for their ease of access and affordability.  Having sufficient jaggery, beaten rice, a bullock cart and a bicycle each for the active adult family member is as essential to the farmers’ families from the plains as are bamboo baskets to farmers’ families in the hills.

Most  basket carrying boys and girls from the hills are simply naïve compared to most  bicycle riding and  jaggery swallowing counterparts from the plains when it comes to the urgency of falling in love, mastering the art of writing  love letters and  making the most of the  messengers.

Most boys and girls from the hills rationalize and romanticize about love while their Tarai counterparts leave no stone unturned to unzip and unwind in the quickest way possible. Fulfillment of sensual desires precedes all other priorities for most youths from the plains while most of their hill counterparts keep procrastinating on actions while holding themselves hostage to preoccupation with sex, which negatively impacts their academic and/or professional prospect/performance.

Giving love a chance through a love letter or any other viable options is the best trick in life rather than being stuck in uncertainty. It is wise to move on if things do not work out.  A boy’s ingenuity and intrepidity in love stands out for me.  I was told he posted several hand written love letters for a girl on the wall at the back of her house overnight challenging her parents who had warned him not to show up near their house.

Failing in love
My imbecility about love is enough for young people to make useful inferences. My friends had to tell me that a girl from grade eight had most likely developed a crush on me while I was in grade ten. After months of scrutiny and wait, I decided it was time to muster my courage. I approached the ‘special’ girl at a busy public tap where she was filling a gagri (water vessel) alone. I fought a lump on my throat hard while requesting her to avail the old SLC exam questions as her elder sister had already appeared for it.

She looked straight into my eyes, blushed, and nodded her head. I was on cloud nine as I had earned an outright approval from a bold and outspoken girl in the school who was feared by all. That was perhaps the biggest victory and sweetest moment of my life. My friends declared my good academic track record (class topper) was the reason behind the Eve’s meltdown.

I stole her sight during the daily recess. I thought she too reciprocated to my warm feelings which oftentimes were recalcitrant and marked by cowardice most of the times.  Blushes, suppressed smiles and composure formed the basis of expression of our love. It was never lost on me that she was one of the unbridled fillies of daughters from a relatively well-to-do family whereas I was one of the mules of sons from a humble farming family.

However, my infatuation and flight of fancy rarely made any landings until I left the village upon passing SLC and moved to a border city in western Nepal where I had crush on another skinny and intelligent girl in a school where I taught for a living while pursuing higher education in a nearby public campus. My destiny was to be hooked up to what they call a Platonic love.

I was a primary school teacher and she was the school topper studying in grade ten. It did not take me long to discover the hidden meaning of her blushes and crimson color of her face when I was near her. I teased her not to go too far ahead of her friends in terms of academic performance and impart some knowledge to me as well. It was an excuse to strike a conversation with her. She dismissed it as exaggeration and reiterated that she knew how I outperformed my friends in school. Anyway, two egotists were never going to surrender themselves before each other.  ‘Heard melodies are sweet, but those unheard are sweeter’.

I never considered myself to be the ultimate destination of somebody. Neither did I see anybody’s companion inevitable for happiness in my life. I never meant to obstruct the usual flow of affection and life. I loved to flow like the water of a river occasionally taking momentary pauses on the reservoirs of affection. The river of my love and life kept flowing until it embraced the ocean of marriage and life-long commitment.

Those who made my life affectionate and beautiful always keep inspiring me to love and to be loved. I am indebted to those who imparted precious lesson of sacrifice in love, which demands ‘negation of self’ and ‘wiling suspension of disbelief’ to achieving greater maturity and depth.

KATHMANDU, Nov 10: Sugarcane farmers have complained that they are yet to receive large amounts in outstanding payment from both the... Read More...

PANCHTHAR, Sept 3: Despite having immense prospects, commercial farming of potato is yet to begin in hilly areas of eastern... Read More...