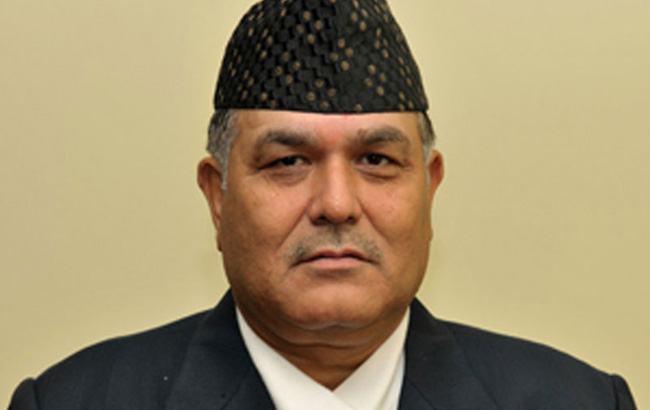 KATHMANDU, Jan 31: A parliamentary probe committee has stated that the then CIAA chief Lokman Singh Karki, who was disqualified by the Supreme Court earlier this month, cannot be impeached by the parliament.

The probe committee reached the conclusion after finding that allegations made against Karki did not have substantive grounds.

Karki was accused of spying on top government officials, influencing the health ministry decision to increase quota of Kist Medical College, where his brother has stakes and conducting MBBS entrance exam of Kathmandu University.

In its investigation the panel did not find strong evidence to back the first two allegations. However the committee found Karki breaching the constitutional jurisdiction in the third case, a panel member said.

"It has been found CIAA intervened in the MBBS exam held by the KU breaching its constitutional jurisdiction on the instruction of Karki. But allegations over other two cases couldn't be substantiated," the member said.

"We are yet to decide actions that should be taken against him. But considering our findings and the recent development where the Supreme Court has annulled his appointment, he cannot be impeached," the lawmaker said. Earlier, UML lawmakers had stressed on forwarding the impeachment motion in the parliament.

The Impeachment Recommendation Committee (IRC) of the parliament had formed a panel to investigate allegations against Karki. Coordinator of the committee probe panel Ram Narayan Bidari said they will submit their findings to the full committee within a few days.

The panel that consisted of Bidari from CPN (Maoist Center), Dipak Kuinkel from Nepali Congress and Rewati Raman Bhandari from CPN-UML had summoned commissioners and secretary of the CIAA, Chief Secretary Somlal Subedi, Chief Investigation Director of National Investigation Department (NID) Dilipraj Regmi among others during the investigation.

Regmi was accused of assisting Karki by deploying NID officials for spying on top bureaucrats and leaders. The probe also did find proof to substantiate allegations that Karki had used advances equipment for wire-tapping telephones of top bureaucrats, leaders and his critics.

KATHMANDU, March 15: A full-House meeting of the parliament on Tuesday asked the government to direct concerned authorities to probe and... Read More...

PALPA, Oct 25: Different campaigns have been launched in the district to garner support from lawmakers to get the impeachment... Read More...

Man beaten to death in Dhanusha
20 minutes ago