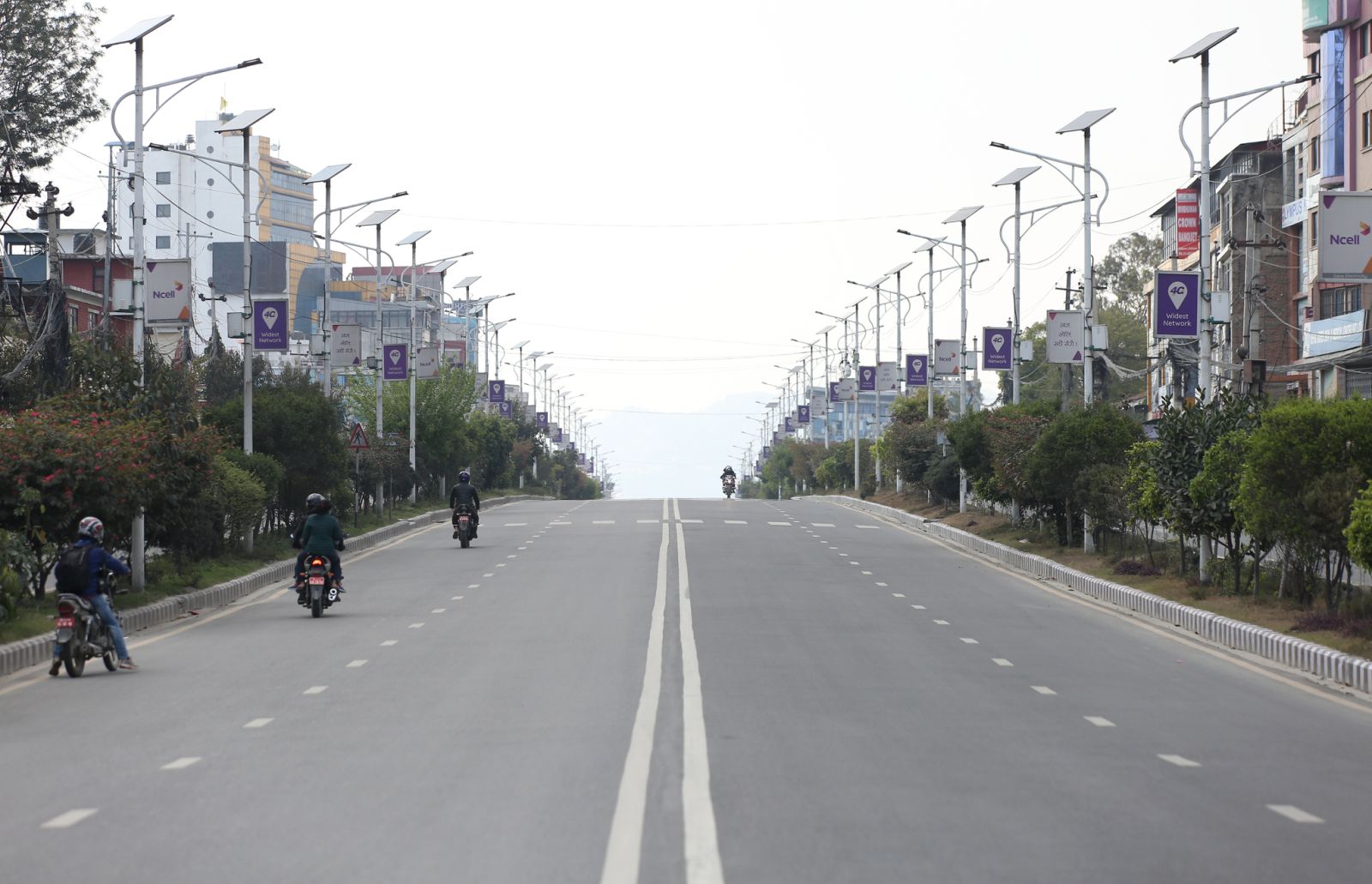 Kathmandu, March 27:A massive swab testing campaign including the establishment of drive-thru test centers and mobile booths across the the country is hailed as one of the major successes of South Korea to limit the spread of the Covid-19 pandemic. The second country to cope up with the virus outbreak after China developed a testing capacity of 20,000 per day from 633 sites across the nation.

According to the Korean Centers for Disease Control and Prevention, over 364,000 tests have been carried out as of Thursday where 9,241 cases are positive and 131 deaths have occurred. After its massive test campaign through mobile booths and drive-thru centers in addition to lockdown, reports of new cases in South Korea declined to as low as 64 a day from 900 cases a day. Digitally tracking the patients and their connections also helped the county to contain the virus spread like many other countries, according to a recent report by the NBC News.

The United States, which also reported its first Covid-19 positive case in the same week as South Korea, followed the Korean strategy but failed to prevent the virus spread as compared to the East Asian country due to the delay in the installation of test centers.

In contrast, Nepal has not been able to conduct more than 50 tests a day at the National Public Health Laboratory in Teku. "The national laboratory has the capacity of testing around 4,000 swabs in a week but we are testing around 50 samples a day due to limited kits and strict guidelines for swab test," said Dr Bikash Devkota, spokesperson for the Ministry of Health and Population.

Dozens of patients with fever and cough are being returned from the Shukraraj Tropical Hospital in Teku daily without collecting their samples despite their pleas. Spokesperson Devkota added that the ministry has been mulling to relax the swab test criteria considering public pressure.

The government has decided to import medical equipment including swab test kits from China but that is expected to take a few days. Meanwhile, BP Koirala Institute of Health Sciences has planned to start swab tests from Friday after bringing the required chemicals from India but it is awaiting some equipment sent from Kathmandu via road transport.

Experts and stakeholders have suggested to the government to expedite the process for a massive test drive in Nepal focusing on mostly those who have recently returned from coronavirus outbreak countries.

"We can greatly reduce the risk of virus spread only if we can test the samples of throat swabs of all those who have recently returned from foreign countries even if they don't have any symptoms within this lockdown period. It will help us to track their connection and contain any further spread," said Dr Sher Bahadur Pun of Shukraraj Tropical Hospital.

Although the government decided to bring swabs from Biratnagar and Nepalgunj from flights on Tuesday, none of the flights have been requested to transport the swabs, said TIA Director General Devendra KC.

"The government's abrupt decision for a lockdown is appreciable because it minimizes the spread of the virus. But the government appeared sluggish in breaking the chain of virus transfer after tracking the potential infected, testing their swabs, separating the suspected ones from others' contact," said former Health Minister Gagan Thapa. "Many people who have reached the remote villages after returning from Covid-19 hit countries are not in the government screening but could be infected. "

Infectious disease physician Dr Anup Subedee suggests to the government to use helicopters for collecting and transporting swab samples across the country.

"The lockdown doesn't end the threat of the virus; it just postpones the inevitable situation. So we have to utilize the lockdown period to identify the possible infected persons by enhancing massive testing capacity, keeping them in isolation and tracing and monitoring their connections for minimizing the virus spread," he added.

Doctors have complained of not getting safety kits including PPE for collecting the swab samples of the suspected patients and also during their treatment in the isolation. Due to the shortage of Viral Transport Medium (VTM), which is essential for sending the collected swabs to a lab, swab collection at the district level has hit a snag.

The stakeholders have also advised to the federal government to mobilize the local governments for identifying people with symptoms of Covid-19, helping them to reach the nearby hospitals and finding their connections as well as maintaining records of the individuals who have recently returned from abroad.

KATHMANDU, March 20: All the weekly newspapers being published from Kathmandu will cease their print edition owing to novel coronavirus... Read More...

Do not assume COVID pandemic reaching 'end game', warns WHO
52 minutes ago