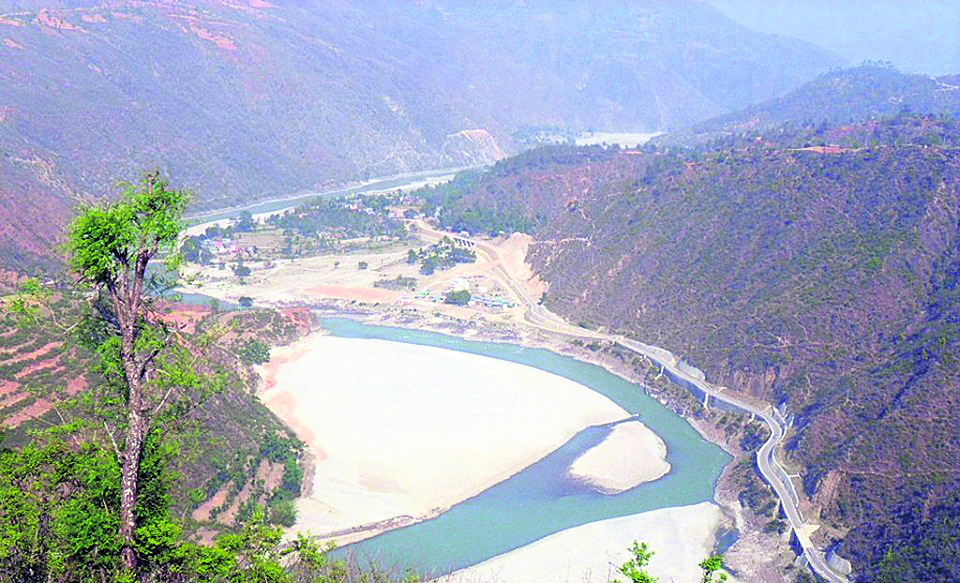 SINDHULI, June 5: Locals in the district have appreciated budget allocation by the government for the Sunkoshi-Marin Diversion Project, a national pride project, for the upcoming Fiscal Year 2019/20.

In the budget speech read out by Finance Minister Yuba Raj Khatiwada last week, a sum of Rs 2.5 billion was allocated for the project.

“We’re now assured that the project shall be executed.” Samar BK, a local at Kamalamai Municipality-2, said. He was happy to learn that the government had put the project under national priority. “Although we will have to migrate elsewhere for the project, we are happy that it will be for the sake of our country,” BK added: “The government must recognize our sacrifice and compensate us accordingly, however. We must at least be offered an amount to settle down somewhere as comfortable as this place.”

The project aims to release 67 cumecs water of Sunkosi River, passing via Sunkosi Rural Municipality-6, into Marin River through a tunnel.

“The Diversion shall be capable of generating 27.5 megawatt electricity,” Project Engineer Dilip Bishwakarma said. However, he added, the production capacity had to be dropped from the initial 46 MW because water from the project would now be provided to Sunkoshi-Kamala Diversion too.
The power house will be constructed at Kusumtar of Kamalamai Municipality-2.

The project has been pushed forward to provide irrigation in around 122,000 hectares of land in tarai districts including Bara, Rautahat, Sarlahi, Mahotari, and Dhanusha. After diverting the water from Sunkoshi, it shall be directed into the plains of Kusumtar for the water to be merged into Marin River. For irrigation, the water will be directed from Faat to Bagmati dam, some 42 kilometers away, via Marin River.

While the Bagmati dam currently provides irrigation to only 42,000 hectares of land, the diversion project is expected to irrigate additional 80,000 hectares upon completion.
DPR ready within 15 days

A Detailed Project Report (DPR) of the Sunkoshi-Marin Diversion Project is at the final stage of completion. The report is set to be finalized within the next 15 days. Engineer Bishwakarma mentioned that a review meeting will be held with experts immediately after the completion of the report, and bidding process will be started by mid-November. The following 8 months would be used to carry out various processes prior to actual execution. The project is estimated to be completed at the cost of Rs 46 billion.
Damage to BP Highway

The construction of the project is expected to inflict damages on the BP Highway; and certain portions of the highway could be drowned. Project officials stated that water diversion could elevate the water level of Sunkoshi River to around 14 m, inundating certain sections of the highway. Engineer Bishwakarma said that the project would take the responsibility of shifting the people living in the 300-meter affected section elsewhere.

The project however, will not affect the Khurkot-Manthali road towards the east-north side. Besides the highway, the project could hamper private properties also; and officials said that studies have been undertaken to find out which areas are most likely to be affected by the National Pride Project.

KATHMANDU, May 30: The government has said that it would focus on modernization and commercialization of agriculture sector to protect... Read More...

FDI pledges down by Rs 1.5 billion

KATHMANDU, Oct 14: Foreign Direct Investment (FDI) commitment to Nepal has fallen over the first two and half months of... Read More...

French national held on paedophilia charge from Pokhara
23 hours ago

Six contractors including Pappu Construction in govt blacklist
23 hours ago

The spirit of Nepal is infectious
11 hours ago

Home Ministry suspends two SPs, one inspector on charge of irregularities
5 hours ago

Nepalgunj airport to be developed as hub airport: Minister Bhattarai
21 hours ago

Technical education is the basis for prosperity of country: Minister Pokharel
21 hours ago

Nepalgunj airport to be developed as hub airport: Minister Bhattarai
21 hours ago