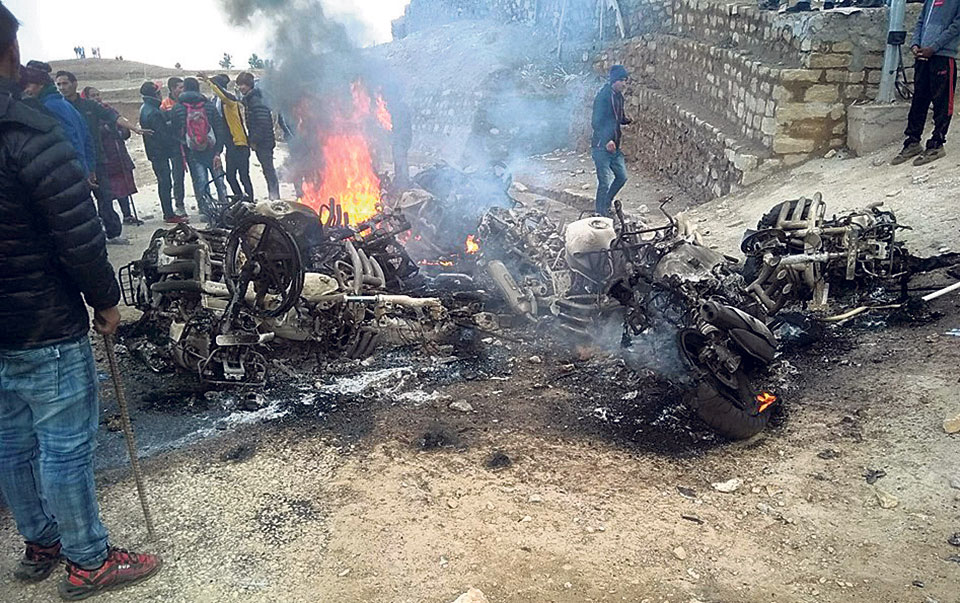 OKHALDHUNGA, Jan 19: The locals of Tingla in Solukhumbu district on Saturday set more than a dozen motorcycles ablaze after their demand for electrification was not fulfilled.

The program was cancelled following the obstruction from the locals. After the locals started to vandalize vehicles, guests returned to Salleri – the district headquarters– before reaching the program venue.

Likewise, the locals also obstructed different roads in the region by felling trees. As the road was obstructed, dozens of vehicles entering Solukhumbu from Kathmandu and Okhaldhunga were stranded in Pattale area.

According to District Police Office, Solukhumbu, security has been beefed up after the incident. Police said they had to fire several rounds of tear gas shells to take the situation under control.

KATHMANDU, Sept 17: An India-origin man from Kenya has passed away due to suspected high altitude sickness in Solukhumbu district. Read More...

SOLUKHUMBU, April 16: Solukhumbu district has been declared as the 42nd district to achieve the 'fully immunised' status. ... Read More...