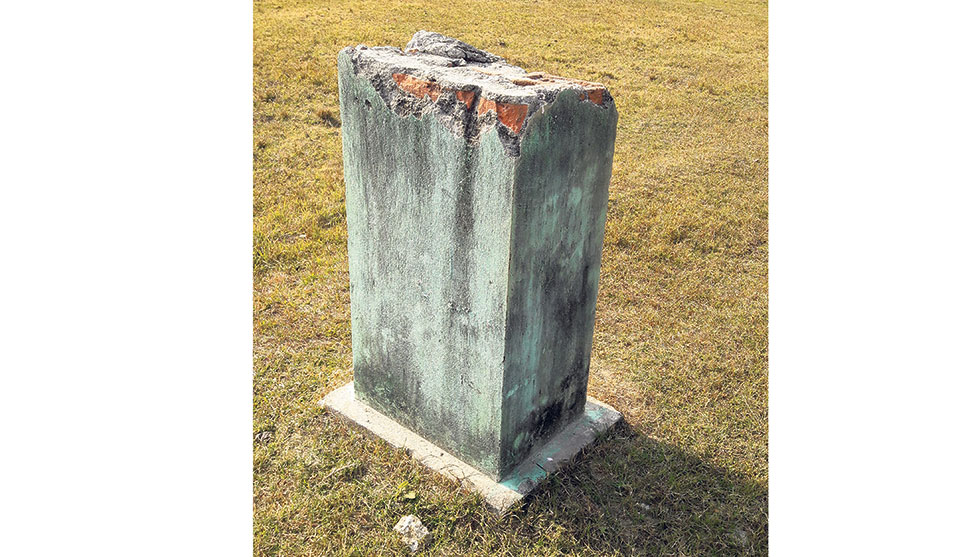 DAMAK, Jan 6: It is not easy to reach the proposed site for the construction of a view tower at Damak-3 of Jhapa district. One has to drive nearly six kilometers from Krishna Mandir of Damak along the unpaved section of the East-West Highway and then travel 300 meters along a rural road to reach Dapga Gachhi, the proposed site for Prime Minister KP Oli's pet project.

Although plans were made in the past to blacktop the road leading to the site, no one knows when that will be done. According to Keshav Dahal, a local, the construction of the road began a long time ago but it is nowhere near completion due to the sluggish pace. “The slackness shown in building the road is very strange,” he said.

Locals say a strong political will and leadership is needed for successfully completing development works on time. They add that the timely construction of the road would provide them a big respite.

When the foundation stone of the view tower was laid, the cost of the project was estimated at Rs 1.55 billion. However, the detailed project report (DPR) has estimated the total cost at Rs 2.74 billion, nearly double the original estimated amount.

While laying the foundation stone of the project, PM Oli had promised a well-facilitated view tower with a revolving restaurant on top and view as far as the Tista River in the east. He had said that the Damak View Tower, for which six bighas of land has been acquired, would be the most attractive view tower in the country.

“But the project is in shambles now. Many say that the view tower was nothing but a fake promise. The uncertainty and lack of progress for the last two years is making us doubtful now,” said Dilip Chapagain, one of the people who donated their land for the project.

Damak-3 Ward Chairman Nabin Baral said the possibilities of other development works would open after the construction of the view tower. He said the road project has already been started but has hit a snag due to various problems.

KATHMANDU, Oct 28: People from various walks of life staged a demonstration at Maitighar Mandala in the capital  on Thursday, ... Read More...

Remains of an archeological building found in Bhaktapur

BHAKTAPUR, Oct 28: The remains of an archeological building have been found while digging a water tank on the premises... Read More...

MATARDI, Oct 28: A number of passengers have been stranded at the Kolti Airport, Bajura, for a week now. The... Read More...

Remains of an archeological building found in Bhaktapur
4 hours ago

PHOTOS: JSP hits the streets demanding social justice and action against murderers of Bishwakarma
7 hours ago