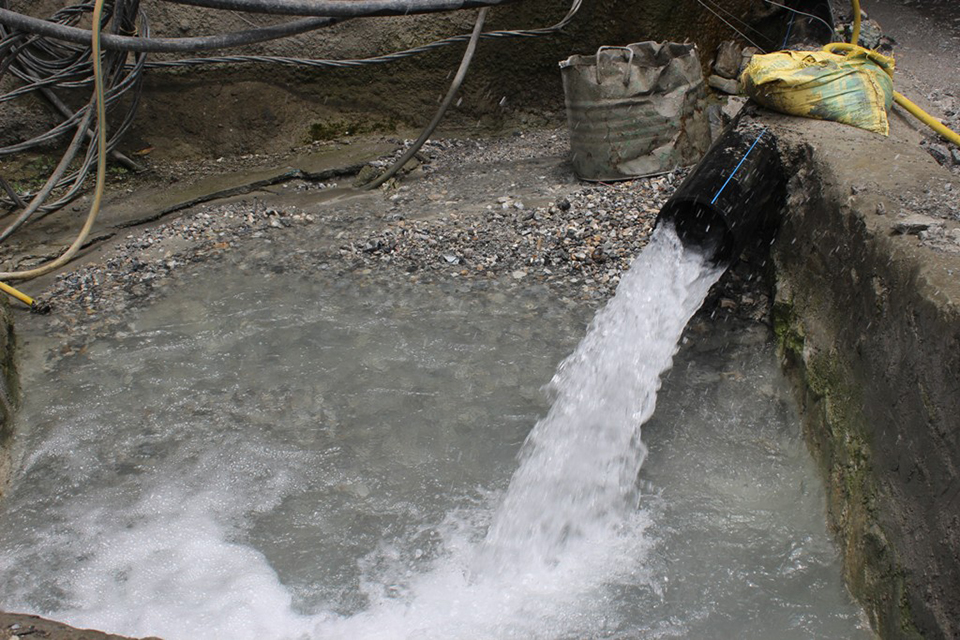 "The project design is faulty. It has put an entire village at risk. We made verbal and written requests with the project management. But they are not willing to listen to our demand."

High Himalaya Hydro Construction Pvt Ltd is overseeing construction of the tunnel and the powerhouse.

"Though the project's consultant earlier said that the management must listen to the request of locals, the management is not addressing it yet," Prakash Phagami, chairperson of Ward 4, said.

"Locals have only requested the project for proper management of water by using pipes and study the geology of the village land by bringing experts. This should not be a big deal for such a huge project," Phagami added.

Dam Bahadur Pun, chairperson of Annapurna Rural Municipality, said that the project management should be sensitive toward demands raised by the locals. "Locals have supported the project so far," he added.

DOTI, April 30: Uncertainty has loomed large over the construction of West Seti Hydropower Project which was to be built... Read More...