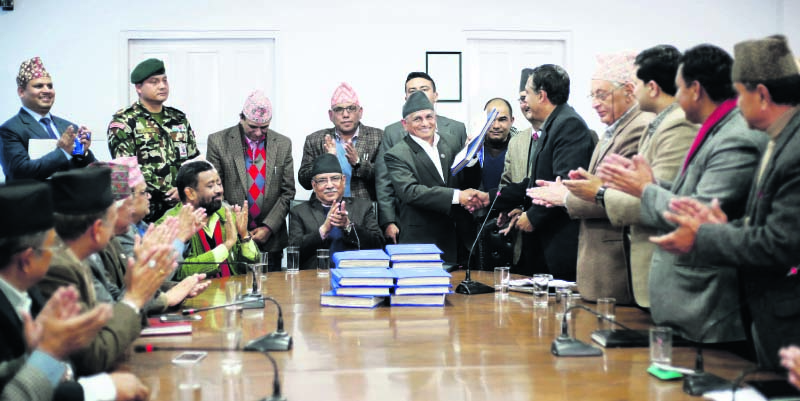 KATHMANDU, May 25: Few months before the constitution was promulgated, the erstwhile government, through its policy and programs, had announced an incentive package for merger of village development committees (VDCs).

Among others, the package was aimed at reducing administrative costs and improving service delivery. It had offered additional grants of Rs 10 million and Rs 15 million for merger of two and three VDCs, respectively. But the incentive package could not be implemented.

But the government's decision to add 22 local units to existing 744 units in Tarai goes against the principle of making service delivery through federal structure more effective. It is sure to make local units less efficient as administrative costs will rise and the burden will ultimately pass on taxpayers, and it is against the theory of economies of scale, experts say.

In industrial terms, economies of scale is the cost advantage that arises with increased output of a product. If the quantity of goods produced is high, the per unit cost will be lower as the production cost is spread out over a large number of goods. Similar is the case in governance. If the population is high, per unit administrative cost will come down and vice versa.

Furthermore, additional units may not be able to collect administrative costs on their own as recommended by the Local Body Restructuring Commission. Allotment of grants by the central government is for developmental activities and programs, local units should be encouraged to generate at least administrate costs on their own, the commission has advised in its report.

“More local units mean more burden on taxpayers as they have to pay more tax for local governments. Similarly, while local governments are becoming unfeasible as their resources are limited,” Balananda Paudel, coordinator of the commission, said. “Local governments in small area become less efficient as they cannot gain economy of scale in service delivery,” added Paudel.

The overnight and irrational decision to add local units have confused government officials who are busy preparing budget and allotting grants for local units. “Local units have been added, but not the resources. It means the same basket of resources has to be divided into more units,” a government official told Republica requesting anonymity as he is not authorized to talk to media.

“Smaller the local units, expensive are the services as per the theory of economy of scale,” he said, wondering what might have prompted the government to add local units.

Paudel fears that haphazard creation of more local units could fail the federal set up and prompts provincial and central governments to withdraw rights given to local units.

Experts say that the consolidated units does not affect services as each local government now has ward offices to cater services to public near their homes. This is completely different from the previous VDCs which had wards and representatives in wards but there were no service delivery units.

KATHMANDU, Aug 24: Just as the major political parties are sharply divided over the number of units at the local... Read More...